Naanum Single Thaan is one such film. It is the kind of movie where you do not write what are the things that went wrong in making the film but rather what possible matters in the script, if any that could have given hope for the producers to bankroll the entertainer. From its writing to its casting everything about Naanum Single Thaan is a disaster. Fortunate it only lasts for a couple of hours but leaves behind a perpetual horrible experience.

There was a time not long ago when adult films were nearly a taboo word in Tamil cinema. But now we have adult films hitting the screens just like that. Adult comedy films are not the problem here but the presumption of it is. Film makers of Tamil cinema have this bizarre notion that when it comes to making adult comedy movies every important film making crafts including the script and logic can simply be put for a toss. A proper adult comedy is hinged up mostly on how adept the writer is in setting up circumstances and plays with semantics. Somehow adult film makers of Tamil cinema do not even consider this. And end up making either an unreasonable adult drama or blatantly cross the line that separates an adult film from soft porn. So in which category does the latest adult comedy flick Naanum Single Thaan fit in? To know that let us get in to the movie review. 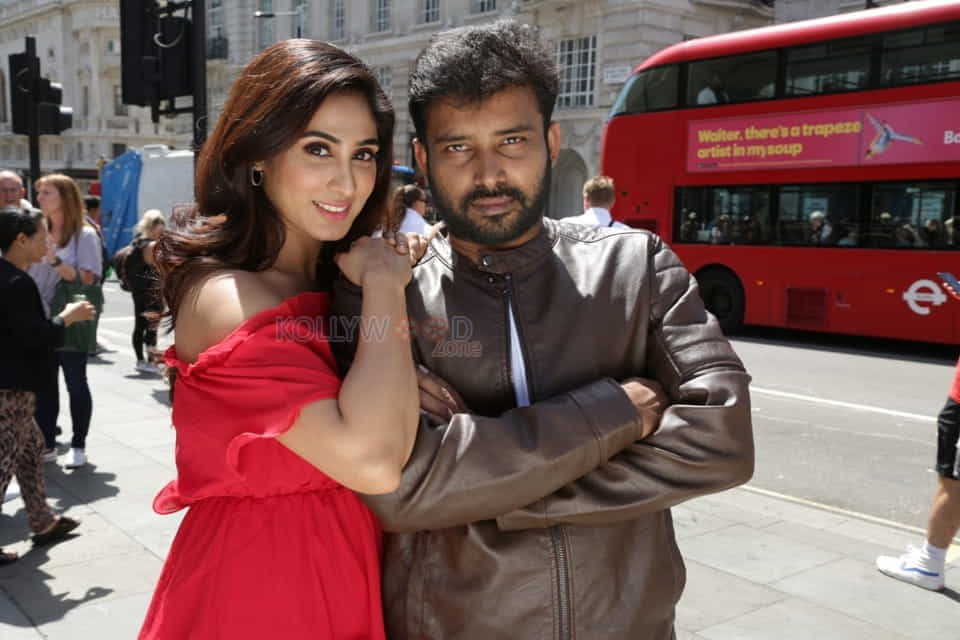 The flick follows the life of Udhay (Dinesh), a tattoo artist, and 90’s kid who longs to get in to a relationship. His long term efforts of wooing a woman have all ended up in nothing. As a reminiscence of it he decides to make tattoos of actresses Nayanthara and Trisha along with the popular phrase ‘virgin boy.’ Frustrated already? We are just getting started on an hour length of more annoyance and even more. After much absurd behavior in the name of persistent efforts to get a woman, Udhay finally comes across Swetha (Deepti Sati) and is smitten by her. However, Swetha is a woman who hates the men gender all together and shows least interest in getting married. She aspires to focus on her career and be independent and successful. But all this would not keep away Udhay from pursuing Swetha and make her understand his feelings for her. After persistent harassments he becomes friends with Swetha. But the relationship does not last long.

In unfortunate turn of events, in a certain situation Swetha and Udhay end their relationship and Udhay’s long time dream of having a girl friend ends abruptly. Swetha moves to London to focus on her career. Even this does not stop Udhay from going after his love. Here is where we enter the Vaaranam Aayiram universe. Udhay goes all the way to London for his love. There he meets a love guru (Mottai Rajendran) who works as a RJ and is known for his prowess to aid people find love and bring estranged couples together. With the assistance of him Udhay hopes to win back Swetha. Will he be able to get back together with Swetha or is there a twist in the tale, is what makes the rest of the flick.

Story teller Gopi seems to be a fan of love dramas that hit the screens during the 90’s. It is quite reflective in Naanum Single Thaan. He has pulled a bunch of clichéd love scenes here and there and put them together to make his movie. And he does so, not with a proper screenplay but what looks like a pass time doodle. Predominant portions of the first half of the flick are filled with bad taste adult comedies – what appears like a mash up of adult comedies. When that mash up ends, Naanum Single Thaan suddenly wants to be a serious love drama and even delivers a forced bigoted message on marriage and relationships. With his half baked research on feminism he attempts to draw conclusion that all feminist women are tough just on the outside but are weak on the inside. By the time when the flick gets to the end you feel a sense of redemption. That’s, how bad Naanum Single Thaan is.

Sometimes when you are watching a flick you being to wonder how come the script transformed from paper to a full length visual medium. Then there are flicks where you marvel how come the story even made in to the papers on the first place. Naanum Single Thaan is one such film. It is the kind of movie where you do not write what are the things that went wrong in making the film but rather what possible matters in the script, if any that could have given hope for the producers to bankroll the entertainer. From its writing to its casting everything about Naanum Single Thaan is a disaster. Fortunate it only lasts for a couple of hours but leaves behind a perpetual horrible experience.

Actor Dinesh is undoubtedly a talented artist Tamil cinema has got. But the star has to better his choice of films. It is disheartening to see such a capable actor in such a poorly written role. Despite enjoying a decent screen time actress Deepti Sati suffers both with her performance as well as because of weakly sketched role. Comedians Mottai Rajendran and Manobala who were supposed to offer us comical relief seem like they were cast to annoy us. The rest of the cast has delivered a mediocre performance.

On the technical front, music director Hitesh Manjunath’s tracks do not get our attention. Cinematographer Anand Raj has done a decent job in covering the flick.

On the whole, claiming to be an adult entertainer, it is uncertain that Naanum Single Thaan will at least get the attention of adult film aficionados.