Selvaraghavan is back as a writer. He has written the script for ‘Maalai Nerathu Mayakkam’.  His wife Geethanjali Selvaraghavan is making her debut as director. Famous Editor Kola Bhaskar’s Beep Tone Studios produced the project. This is his maiden production venture. Kola Baskar’s son Balakrishna Kola is doing the male lead and Wamiqa Gabbi is the female lead. Technical team features Sreedhar for cinematography and Amrit for scoring music.So has the movie has Selva’s magic once again? Let’s see.. 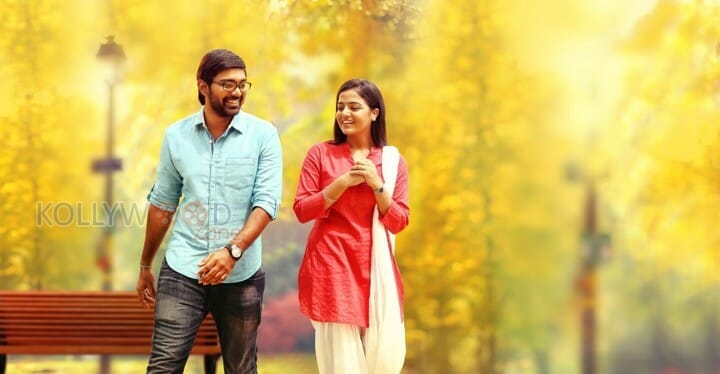 This is vintage Selvaraghavan movie where we see a dumbo and a moron as a lead hero. And as usual in contradiction we see a beautiful princess as heroine. What is with Selva ? He often shows hero as a weirdo with a clean combed hair and nerdy glasses ? The female lead boozes, loves more than one person and occasionally mouths cuss word. The wedding is doomed. But they learn to adjust and try to manage a living. But what happens when sex becomes a priority and what factors and troubles it bring forms the rest of the story.

The movie does not have any positives at all. Even Selvaraghavan fails as a writer and as a script writer. The second half was a complete disaster. Except for the first 30 minutes, the whole movie was a joke. The lead actor Balakrishna Kola is not evne fit to be a Junior artist. Just because his father is an editor, doesn’t give him the license to be an actor. The movie has lots of pitfalls and this makes the movie completely forgettable. Music composer Amrit is another great strength for the movie, his background score elevates the film to a different level. The problem with the movie is, the pace is not at all consistent. We also have seen lots of selva’s characters in earlier movies.

The movie is a complete passable affair. Cinematography and editing is also average. The only good thing is the crisp editing. But even the bad narration spoils the party. Geetanjali’s debut is a mixed flavour of Selvaraghavan’s olden day movies. Not the best way to make debut for the lady.

Overall, ‘Maalai Nerathu Mayakkam’ has to be skipped without second thoughts.