Tamil cinema has its own way of surprising us from time to time with stellar entertainers. Director Gautham Ramachandran’s Gargi is the latest gem in the dust. The film is about a teacher hailing for a humble background being pushed in to a tragic situation after her father is incarcerated on a pedophile rape case. Actress Sai Pallavi who was last seen in Tamil in a supporting role in the anthology drama Paava Kadhaigal is back on screens with the lead role in the crime drama Gargi. Actor Kaali Venkat has essayed a vital part. So, how has the crime thriller drama Gargi come out? Is it solid enough to bag commercial success and bring in more female centric projects on actress Sai Pallavi way? To know that let us get into the movie review. 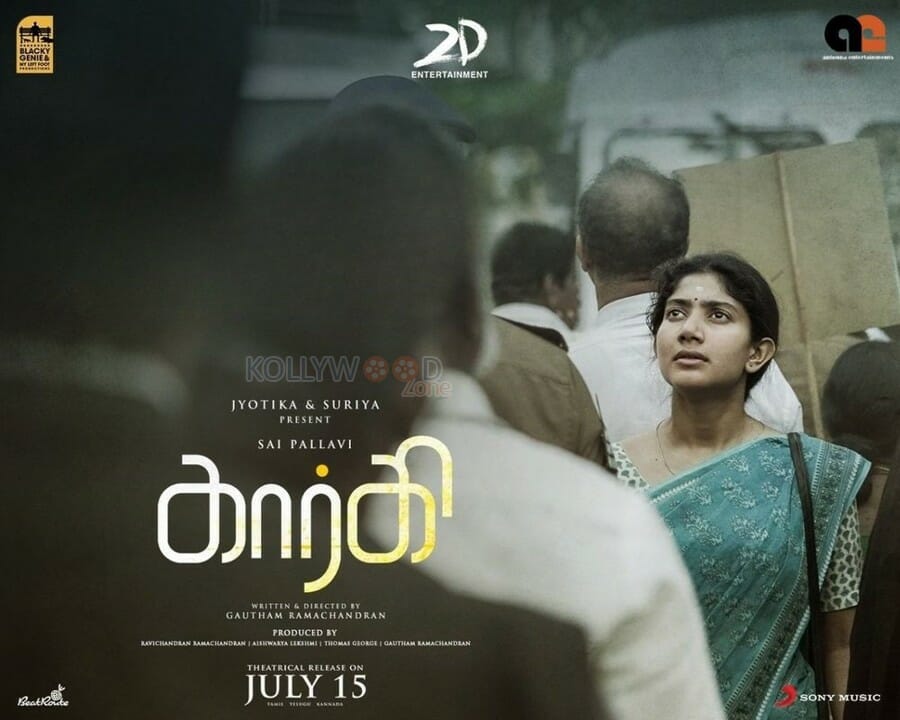 The movie follows the life of Gargi (Sai Pallavi), a school teacher hailing from a modest family made of her father Brahmanandam (R. S. Shivaji), who works as a watchman, her entrepreneur mother (Rajalakshmi P), who sells homemade rice batter, and her middle school going sister. Gargi opens by walking us through the daily life of its lead character. We see the young independent Gargi going about her business waking up in the morning, getting ready and leaving home for work, on the way back shopping for stuff for home, and offering tuition for kids in her locality. She is engaged, and is about to get married. In unfortunate turn of events, her father is taken under custody along with 4 other men on a pedophile rape case after a child is assaulted in the flat where he is employed. The family is shattered. Gargi loses her job. But she refuses to believe that her father is capable of such a heinous crime as when she was a child, he himself has saved her from such an attempt by her perverted teacher.

Despite all the humiliation thrown at the family, she decides to fight to prove that her father is innocent. Fearing public hatred and the sensitivity of the case nobody comes forward to represent her. A junior lawyer Indrans Kaliyaperumal (Kaali Venkat) who works a part time job at a drug store comes to her rescue. But there is a catch. He has a stammering issue because of which nobody wants him to represent them. With no other choice, Gargi accepts. At the hearing Indrans with his knowledge being a druggist recognizes that the kid has been given a high dosage of a drug before the accused identification. Hence calling for the testimony to be inadmissible. In subsequent hearings, he successfully argues and secures a conditional bail to Brahmanandam. This enrages Kundhava, the father of the child. He sets out to hack Brahmanandam to death. Will Brahmanandam escape the wrath of Kundhava, is he really wrongly accused of the crime, and if he is, what is the play behind it, is what makes the rest of the flick.

Film makers of Tamil cinema have an obsession over having to make their films drum in some sort of message for the audience. Does not matter whether it’s forced, or pertinent to the plot. In that attempt the craft is often completely ditched. But sporadically there comes a film that is neatly written, well made, performed, and nails the message it has without losing sight of the filmic aspects. Gargi is inarguably one such drama. From the moment it begins till placing the end card, not even for a nano second it loses our attention. Director Gautham Ramachandran has meticulously designed his screenplay to the degree that it makes it hard for us to believe that we spent a couple of hours watching the drama.

Director Gautham Ramachandran does not get any fancy to achieve brilliance. He is clear headed about what he wants to deliver and keeps things simple but focused, and authentic. He seems to have a flair for writing. He exhibits that with the way he handles the complexities behind, and aftermath of a sexual assault. He does so without losing sensitivity. Yet uncompromisingly captures the emotions of all parties affected by the crime. Gargi is empowered by powerhouse performances. Film maker Gautham Ramachandran even scores in assembling the apt artists to draw out the performance he intends. At a time of rapidly increasing sexual assaults even in educational institutions, a film like Gargi is a need of the hour. Credit to director Gautham Ramachandran for coming up with such a content and his team for supporting his vision.

Actress Sai Pallavi shoulders Gargi beautifully. She looks apt in the girl next door part when she is introduced to us. And when things get complex, the vulnerability, the fight, and the resolve she brings on to her character displays that she can be a top performer as well, and is not just build for the heroine filler roles. Actor Kaali Venkat once again demonstrates what a topnotch performer he is. Actor Saravanan is exceptional as usual. Veteran R. S. Shivaji does complete justice to his part. Actress Aishwarya Lekshmi has pulled off her role effortlessly. Actor Livingston makes his presence felt even in a limited screen time. Actor Jayaprakash serves the purpose for which he was brought on board. Actors Kavithalaya Krishnan, Sudha S, Prathap, Rajalakshmi P, Kalesh Ramanand, and Regin Rose have all chipped in and have played their part well. The rest of the cast has delivered what was asked of them.

On the technical front, music director Govind Vasantha’s music adds a lot of value to the movie. His tracks are inspiring. Even he shines with his background score which emphasizes the emotions involved in respective scenes, and brilliantly fills the portions that have no dialogues but have so much to convey. Cinematographer Sraiyanti Premkrishna Akkattu has done a fine job covering the drama. He has mounted his cameras in the best angles possible. Editor Shafique Mohamed Ali has clipped and clubbed the drama to supplement the work of his colleague.

On the whole, director Gautham Ramachandran’s Gargi is a simple, neat, and a no-nonsense thriller drama that drives home the message it wants to make without getting preachy making our time worthwhile.