Actor Suriya’s much anticipated multi starrer action entertainer Kaappaan has hit the theaters finally after a long delay and legal battles. But to everyone’s disappointment the venture happens to be a tedious and exhausting watch. Story teller K. V. Anand has failed to capitalize on the stellar star cast that was given to him at a very expensive cost. It is hard to come to terms with the fact that Kaappaan is made by the man who gave us the perfect commercial drama Ayan. The only best thing in the film is the exceptionally choreographed high octane action sequences.

The film opens with Kathir (Suriya) setting up bombs on a moving goods train, with inflated opening off course. Then the scene cuts to flashback where we get to see Kathir as an organic farmer consecutively for the second time after NGK. What is it with the obligation among our directors and actors to speak about farming in their flick? Are they in the notion that speaking on or playing farmers in motion pictures will upsurge farming in the country? Whatever, Kathir has won many accolades for the technologies that he employs in farming. In the next scene we get to know that he is an undercover secret agent who does the ethical dirty jobs for the Indian government and also an official who had once infiltrated a terror outfit in Pakistan. Later he saves the life of Indian Prime Minister Chandrakanth Varma (Mohanlal) from an assassination attempt. 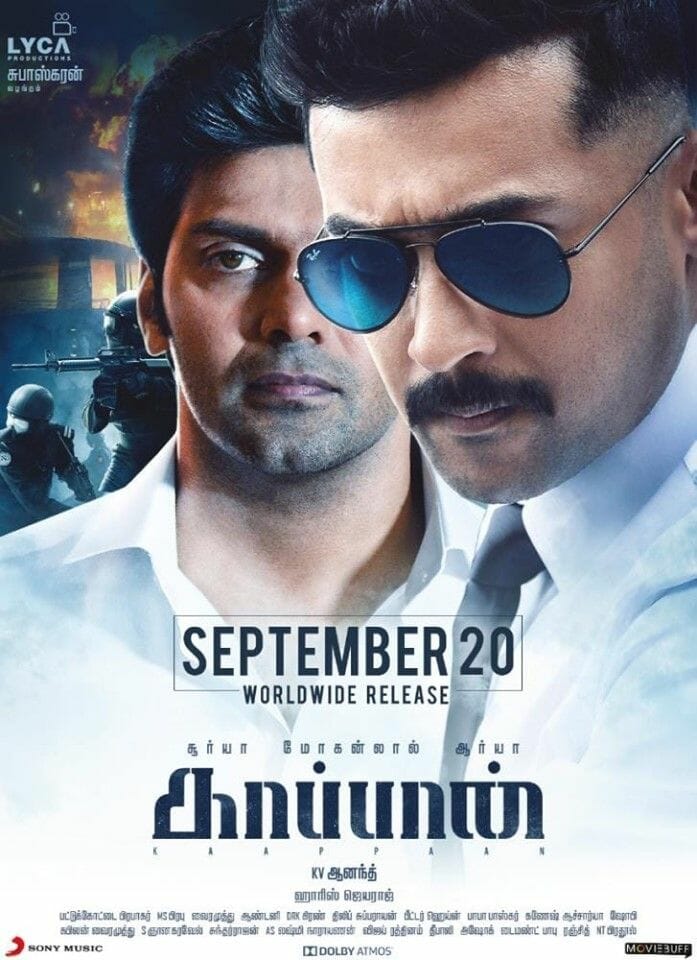 As a gratitude for saving his life Prime Minister Chandrakanth Varma makes Kathir as the head of his SPG (Special Protecting Group officer). The team has just a couple of special officers to guard the Prime Minister of a country as Suriya’s image as the lead hero cannot be tarnished. While working together Kathir and Prime Minister Chandrakanth Varma develops a good rapport. The life of Prime Minister is subjected to constant threat until he finally gets killed in a bomb blast in Kashmir. Now Kathir is held responsible for security lapse. How Kathir plans and goes after the criminal master mind behind the assassination, did he bring them to justice or whether he takes up vigilante method of justice is what makes the rest of the film.

In between the story we have too many sub plots, of a greedy corporate businessman Mahadev who desires to be a kingmaker and aims to take full control of the Prime Minister’s office, actor Arya’s role as the aimless and party loving son of a Prime Minister, and the love trace where actor Suriya and Sayyeshaa Saigal desperately tries to romance, totally messes up the main plot and makes us wonder what was the film maker up to establish. The problem with Kaappaan is that it wants to be many things a patriotic film, a film that gives a shootout for organic farming, and building up the image of actor Suriya. All these agendas stuffed together to make a plot has resulted in a 166 minutes long disaster.

Actor Suriya has neatly depicted the role that was handed to him with perfection as usual. It was so disheartening to see Mohanlal one of the finest actors of Indian cinema in such a scope less character though the actor has given an electrifying performance in the short screen time allotted to him. The onscreen chemistry of Suriya and Sayyeshaa Saigal appears to be dire and unnecessary. The rest of the cast have lived up to the purpose of why they were brought on board.

On the technical front, action sequences of the film deserve a special mention as it was up to the top standards. Cinematographer M. S. Prabhu has done justice to the hard labor of stunt men by covering up the action sequences from all possible best angles. Music director Harris Jayaraj’s is a big letdown in the songs department however he has added strength in the background score. But the musician was clearly not at his best.

Director K. V. Anand who gave Tamil cinema top class films like Ko, Ayan, has indisputably dished out a mediocre drama with poor and way too comfortable or precisely a messier piece of writing. What is even shoddier is the fact that he did so with a huge budget in his bag and top casting on set. Also, the forced songs and unnecessary sub plots that dragged the running time of the flick make it even difficult to sit through the film.