Attention of Tamil film makers is finally beginning to fall on making web series. Following veteran actor Sarath Kumar’s Irai in comes actor Vimal’s Vilangu. The series tells us about the tale of a cop who struggle to find a balance between his high demanding cop job and his personal life that is rapidly tumbling. Actor Vimal who was last seen in the romantic comedy drama Kanni Raasi is back on small screens nearly after two years. Actress Ineya has essayed the female lead role. Director Prasanth Pandiyaraj of Bruce Lee fame has helmed the series. So, how has the series come out? Will it aid actor Vimal in getting back his bankable lead hero image in the Tamil cinema industry? To know that let us get in to the series review. 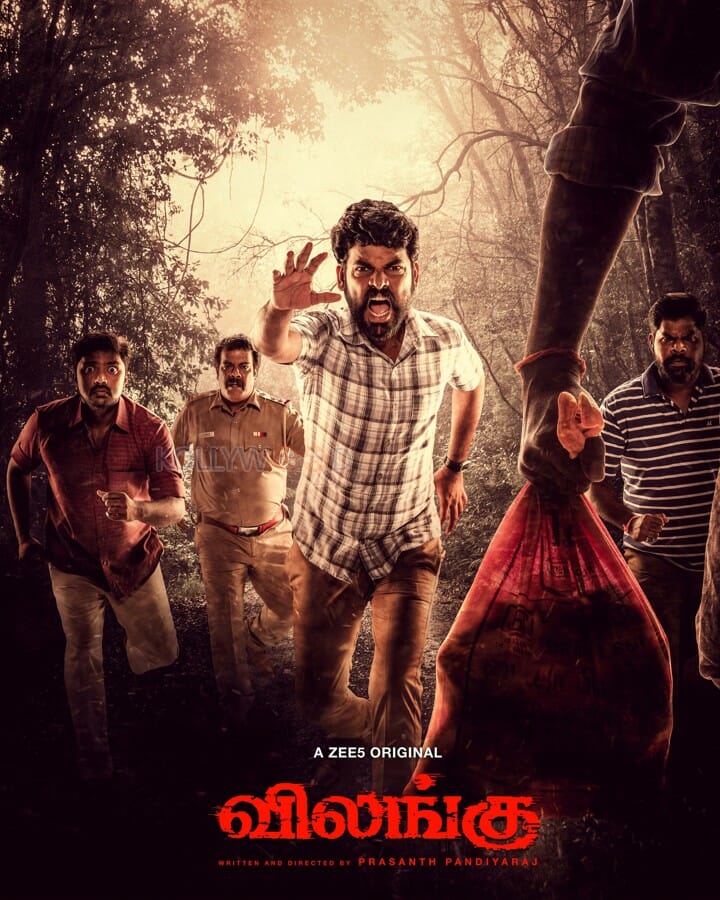 The series depicts the chain of events that transpire around a series of gruesome crimes that take place in a village. Vilangu follows the life of Paridhi (Vimal), a sub inspector with the police in Vembad, a village outside Tiruchy. Just like anybody else these days, Paridhi finds it difficult to find a work life balance and feels he is struck at a non bailable place in life. On one side he has got his parents who are at conflict over almost everything, and on the other he has to take care of his fully pregnant wife Revathy (Ineya). But his work takes the lion’s share of his time. In a short succession of time three brutal crimes occur in the village complicating things even more for Paridhi. Time for his wife’s delivery arrives and he manages to take time. As we all saw it coming when it was miles away, he gets a phone call that informs him of the discovery of a beheaded dead body that is partially decomposed, and demands his presence right ways.

A jewelry theft, a beheaded dead body, and a callous murder in a quick succession of time leave Paridhi and his colleagues Karuppu (Balasaravanan) and Uthaman (Munishkanth) baffled. When they get down to find the perpetrators behind the transgressions, they unearth unanticipated details of the crime. Is there a connection between the criminal events, if so, who are the culprits behind it, and will Paridhi be able to do his job without compromising and simultaneously manage to resolve his personal life crisis, is what makes the rest of the plot.

Director Prasanth Pandiyaraj exploits the benefit of the lack of time constraint to full advantage. He takes close to an episode to give us a clear picture of the atmosphere that his characters operate in. The day-to-day activities in a police station, the struggles of cops that carry out their duty, and the chaos lawbreakers are subjected to within those walls. There is something for all on the way as we travel to the 7th play. The series that starts as a grim drama portraying the monotonous life of people, quickly slides in to the murder mystery region, then within that precinct builds a short run of dark comedy, delivers a subtle message against caste and corporal punishment, and eventually moves in to the final show revealing the answers to the questions it kept flinging at us all the way through.

One can see a clear effort in the way Vilangu is presented as tv series. The biggest weakness we have witnessed with the Tamil tv series that have hit the OTT platform so far is that they are scripted to be a long feature film, then cut in to episodes to be turned in to a tv series. Director Prasanth Pandiyaraj has refrained himself from committing that delinquency. He even deploys cliffhangers effectively in every episode to binge watch the entire series in one go. With Vilangu, story teller Prasanth Pandiyaraj displays his writing prowess. From his characterization of his characters to the way he unfolds Vilangu without any urgency as if like the work of a painter, is very promising. On a promotion event for Vilangu actor Vimal had stated, that Vilangu will be a rebirth of many unsuccessful people in the industry. After watching Vilangu, it looks like it was not just a stage talk after all.

Actor Vimal yet again proves his brilliance with a striking performance. He exhibits what sort of a performer he is with Paridhi by just cakewalking his character. Actress Ineya is solid with her performance. Actor Bala Saravanan is effective in a sort of character role. Actor Munishkanth is impressive as always. Actor R. N. R. Manohar is adequate. Actress Reshma Pasupuleti has done justice to her part. The rest of the cast has delivered what was asked of them.

On the technical front, music director Ajesh adds value to the mystery portions through his stellar background score. Cinematographer Dinesh P’s frames have done a decent job in covering the series. Editor Ganesh Siva has emphasized the work of his colleague by his sharp trims.

On the whole, Vilangu demands our patience. If we entrust it and get on to its saddle, it ensures that we have a wonderful ride.

Vilangu is available for streaming on ZEE5 OTT platform.