Kollywood industry’s heartthrob actor Suriya’s wife Jyothika didn’t act in any movies and by 2015 she has made her re entry through 36 Vayadhinile and currently she is acting in Magalir Mattum which is produced by Suriya’s 2D Entertainment and director Bramma’s Chris Pictures. 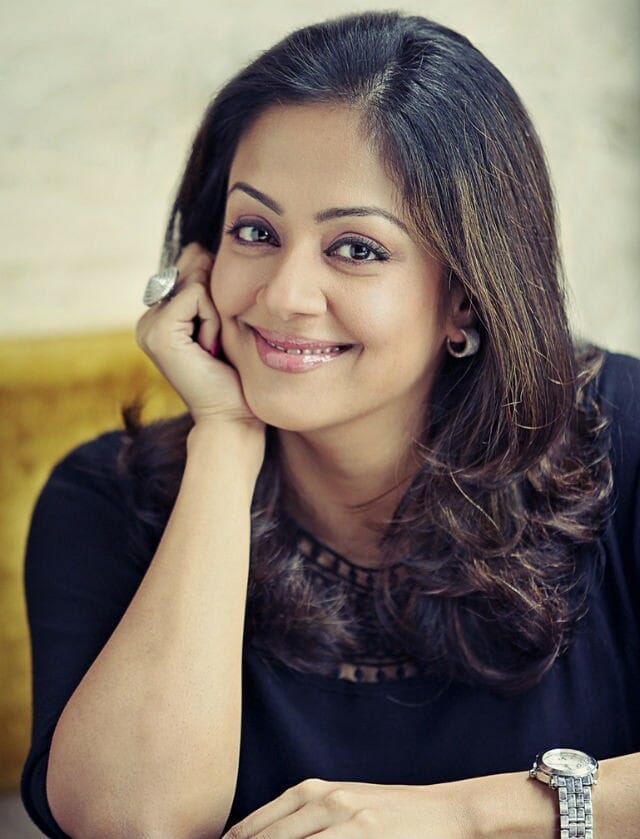 The movie is fully women oriented and Jyothika for the making has learnt to ride bike with the help of Suriya. Even in the first look which was released she is seen riding a bike. Banupriya, Saranya Ponvannan and many actors have acted in the movie. The shooting is completed and dubbing work was started.

Previously she had dubbed in Mayavi movie and after that she is dubbing in her own voice in this movie, but the movie wasn’t highly successful. So for this movie she is taking more care and protection was given for her at popular preview theatre during dubbing.