Shriya Saran who was last seen in Simbu Starrer Anbanavn Asarathavan Adangathavan (AAA) in Tamil will next be seen in Naragasooran. Directed by Karthik Naren the movie stars Arvind Swamy, Indrajith, Aathmika and Sundeep Kishan in lead roles, and the actress had given an interview during the promotions of Naragasooran. 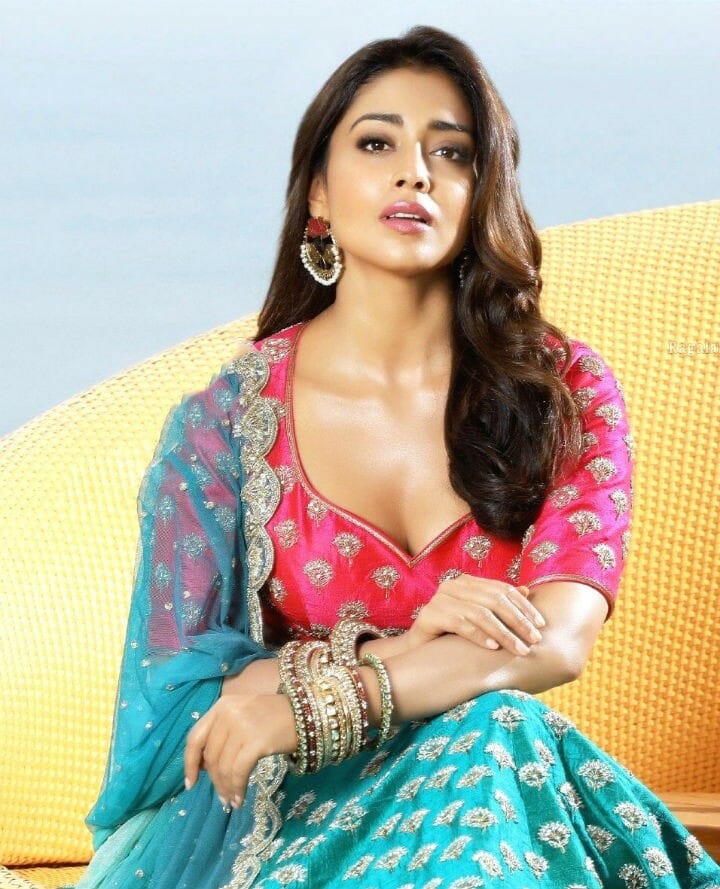 She has said that the movie well made and was shot entirely in Ooty, and people will understand the theme of the movie in the first ten minutes, and there’s no song as well. Shriya has acted with Arvind Swamy as his pair and appreciated his performance, and his knowledge on cinema. Shriya added that she does Yoga and meditation and does a lot of travel and enjoys life which is the reason for her young looks. S

hriya revealed she loves Chennai and loves to wear Kanchipuram Silk Sarees while adding that she does not want to talk on her married life. She revealed her dream of acting until death, and to act in a dance-based movie, besides acting in quality films. The actress will be seen next in ‘Naragasooran’. The movie which is initially slated for a release on August 31st got postponed to September 13th. Now, there are reports that the movie might not get a release on the same day as ‘Seema Raja’, ‘U-Turn’ and a few more biggies are releasing too.