Actor Suriya who reached the pinnacle of Tamil cinema through his sheer hard work is currently in the down phase of his career as the actor has delivered back to back flop ventures. Even his last outing, the much anticipated film NGK which hit the screens under the directorial of auteur Selvaraghavan fell flat in the box office collection. But the actor is already busy with his next venture Soorarai Potturu under the directorial of Sudha Kongara of Irudhi Suttru fame which went on floors last month with a formal pooja. While the shooting for the project is current on floors in Chennai we have an interesting update on the project. 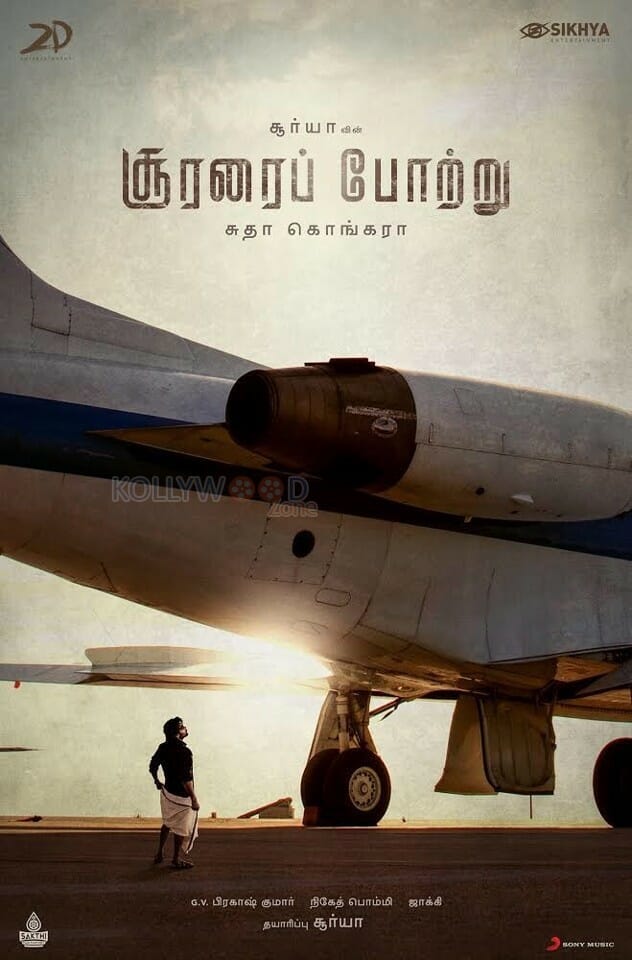 Recently we had reported that National award winning actor and politician Paresh Rawal has been brought on board to depict a pivotal role. Now, we have news that the title winner of Vijay TV’s Airtel super singer Senthil Ganesh will be singing a song in the film. The lyrics of the number is set to be penned by lyrist Yegadesi. Music director of the movie G. V. Prakash Kumar himself has shared the news on social media. Taking to his twitter handle the Sarvaam Thalamayam star has shared a picture of himself with the director of the flick as well as the singer and announced the news to his fans. Senthil Ganesh is known for the super hit song Chinna Machan from Charlie Chaplin 2 which went on to top the list of all music platforms in the state. He is definitely a great addition to the drama but we will have to wait to see whether even this song attains the popularity that Chinna Machan attained.

The movie is said to be based on real life incidents of G. R. Gopinath of Air Deccan, who was the man behind the design of budget economy airfare that was aimed at people of all sectors. Speaking about the project some time ago, the director had stated, “I came across a news paper article which was about the real life incident of Gopinath of Air Deccan, about how he struggled to bring out his dream to reality and that inspired me to make a script out of it.”

Malayalam actress Aparna Balamurali will be romancing actor Suriya in the movie. Apart from actor Suriya and Aparna Balamurali, the casting of the film includes Jackie Shroff, Paresh Rawal, Karunas, Mohan Babu, Senthil Kumar playing various other supporting roles. The Motion picture is funded by the actor himself under his home banner 2 D Entertainments partnering with Sikhya Entertainment. While Niketh Bommi Reddy will be seen behind the camera for the flick, Sathish Suriya will be trimming the project. After the success of Irudhi Suttru, the expectations on film maker Sudha Kongara’s next project are quite high. We will have to wait to see whether Sudha Kongara’s Soorarai Potturu delivers for Suriya.

On the work front, actor Suriya is gearing up for the release of his next film Kaappaan which is directed by K. V. Anand of Ko fame. Apart from this movie, the actor will be teaming up with director Siruthai Siva for his next project.