Megha Akash was supposed to make her debut in Dhanush starrer Ennai Nokki Paayum Thotta directed by ace director Gautham Vasudev Menon. But the romantic thriller is yet to hit the screens due to financial issues. However, the young actress made her Kollywood debut as female lead in the Atharvaa starrer Boomerang and went on to star in the super star starrer Petta. She also played a supporting role in Vantha Rajavathaan Varuven which had actor Simbu in the lead. Now the actress has inked her signature for one more project. 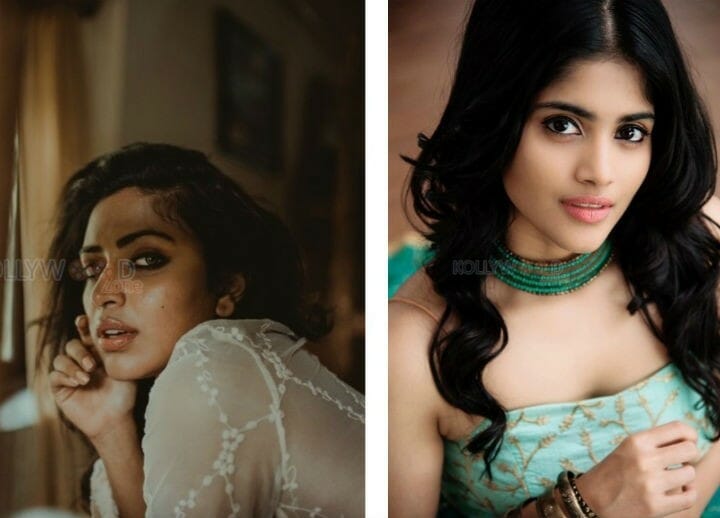 Earlier we had reported that actor Vijay Sethupathi will be acting in a yet to be titled project directed by Venkata Krishna Roghanth, a former associate of critically acclaimed film maker S. P. Jananathan. We had also reported that actress Amala Paul will be playing the lead role in the venture but there has been a change in heroine casting. According to sources, actress Megha Akash is said to replace actress Amala Paul in the movie.

According to a source, “It is true that actress Amala Paul was first signed in to play the female lead role in the entertainer. But unfortunately due to date issues actress Amala Paul had to part ways from the venture. Now, Megha Akash of Boomerang fame will be replacing Amala Paul in the flick. An official announcement regarding the same will be made soon.” Both the parties have handled the situation in a professional manner and have resolved the issue in a smooth way.

Since the movie has already gone on floors in Palani with the first clap by the director’s guru S. P. Jananathan, the unit could not wait for actress Amala Paul to join them and so they have made the decision to replace actress Amala Paul. Now, the unit will be heading to Ooty to roll their first schedule of the shoot. For the first time in his career actor Vijay Sethupathi is set to don the role of a musician in the film. This musical drama will mark the first time association of actors Vijay Sethupathi and Megha Akash. Touted to be a musical drama revolving around Christmas and New Year, the flick is also said to contain an important message regarding the contemporary issues of the world.

Apart from actors Vijay Sethupathi and Megha Akash, the film will also have a foreigner essaying a pivotal role. While Mahesh Muthuswamy will be cranking the camera for the flick, Sathish Surya will be trimming the film. The music for the drama is composed by Nivas K Prasanna. The project will be bankrolled by Esakki Durai under the banner Chandra Arts.

On the work front, the actor is now gearing up for the release of his next venture Sindhubaadh in which he has shared the screen space with his son Surya Sethupathi and Anjali. The trailer of the action romance drama recently hit the social media and enjoyed a good response from the viewers. The actor is currently shooting for S. P. Jananathan’s social drama Laabam which has actress Shruthi Hassan in the female lead role.

Hiphop Tamizha to team up with Sundar C for third time

Is Sai Pallavi set to become second wife of Kollywood...