Tamilnadu’s traditional sport Jallikkatu is banned by Supreme Court and to bring back the sport again in Tamilnadu, many youngsters and college students are fighting peacefully in favor of Jallikattu. 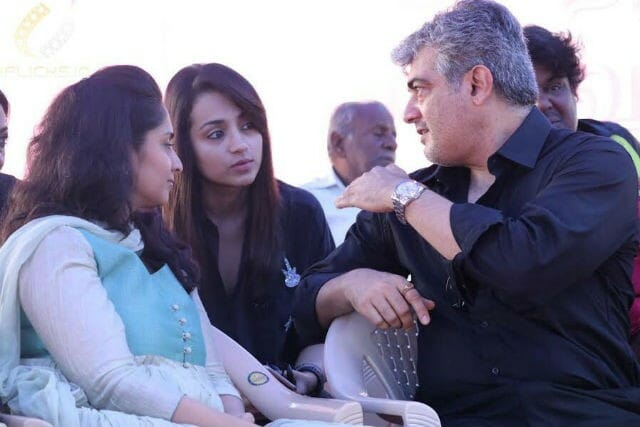 Many Kollywood celebrities have spoken in support of Jallikkatu and today one day starving was maintained by the actors association in Tamilnadu. Many actors have participated in the starve protest which was held today in Chennai. Actors like Rajini, Suriya, Ajith with his wife Shalini, Nassar, Vishal, Simbu, Sivakumar and lot more actors have participated in the protest.

Meanwhile Kollywood industry’s actress Trisha has also participated in the starve protest. All the actors were seen in black dress in support of Jallikattu issue.