Actor and producer council head Vishal is set to team up with tamannaah again for a movie directed by Sundar. C. The actor was last seen on screen in the mass action flick Sandakozhi 2 and now is gearing up for his next film Ayogya directed by Venkat Mohan, which is currently under post production zone. The film is a remake of Tollywood blockbuster movie Temper. The production team has casted Vishal, and Raashi Khanna in the lead roles with Parthiban, K.S. Ravikumar, Sachu, Vamsi Krishna and Pooja Devariya playing other significant role in the movie. The film is edited by Antony Ruben and is expected to hit the screens very soon. 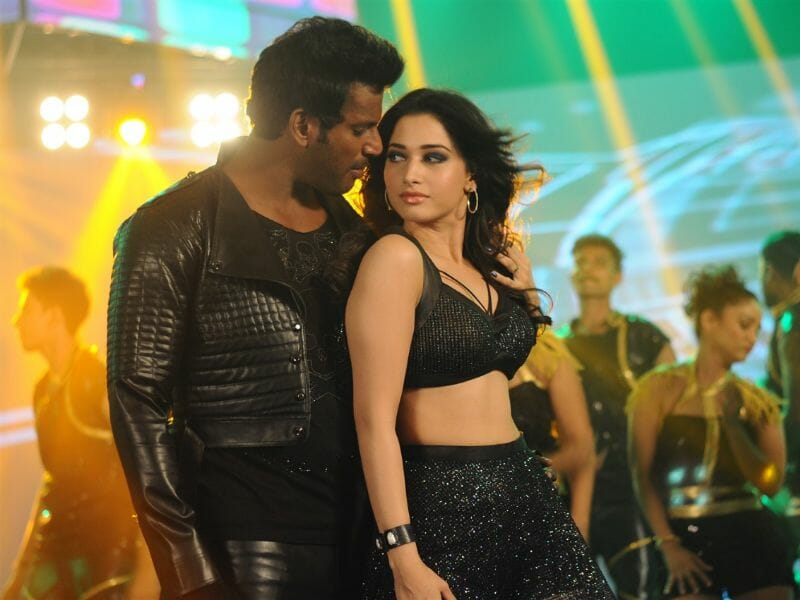 Now the actor within a very short span of time after his engagement has flown to Turkey to take part in the shoot of his next flick directed by Sundar. C. The yet to be named flick will be the third time this duo is coming together for a project after Madha Gaja Raja, which is yet to hit the screens and Aambala a smash hit. Actress Tamannaah is set to join the actor in the film for the second time after Kaththi Sandai. Mollywood actress Aishwarya Lekshmi is said to play the second lead in the movie.

The director has roped in Tamannaah as the actress is currently considered as a lucky charm in the Kollywood industry. The actress has a very busy schedule this year with Devi 2 in Tamil, Which is the sequel to hit horror flick. The actress also has two big budget films under her name in Tollywood Sye Raa, Mahalakshmi and Raju Gari Gadhi 3.

Director Sundar. C is said to be very focused in the movie and is working with diligence to deliver a hit as his last movie Vanthaa Rajavathaan Varuven starring Simbu did not make any sound in the box office as expected.

O2 Teaser: Nayanthara’s Film Promises To Be A...