Actor Sasi Kumar has been in a rough patch for some time now. It has been a long time since he has had a solid commercial success. The actor was last seen on screen in Kombu Vatcha Singamda which hit the theaters under the direction of film maker S. R. Prabhakaran with actress Madonna Sebastian as the female lead. The drama opened to negative reviews from both audience and critics alike, and left the theaters unnoticed. Now the actor has moved on to his next project which is titled Naan Mirugamaai Maara. Story teller Sathya Siva of Kazhugoo fame has helmed the flick. The drama that went on floors some time ago has now been wrapped, and is in the post production shaping up for release. 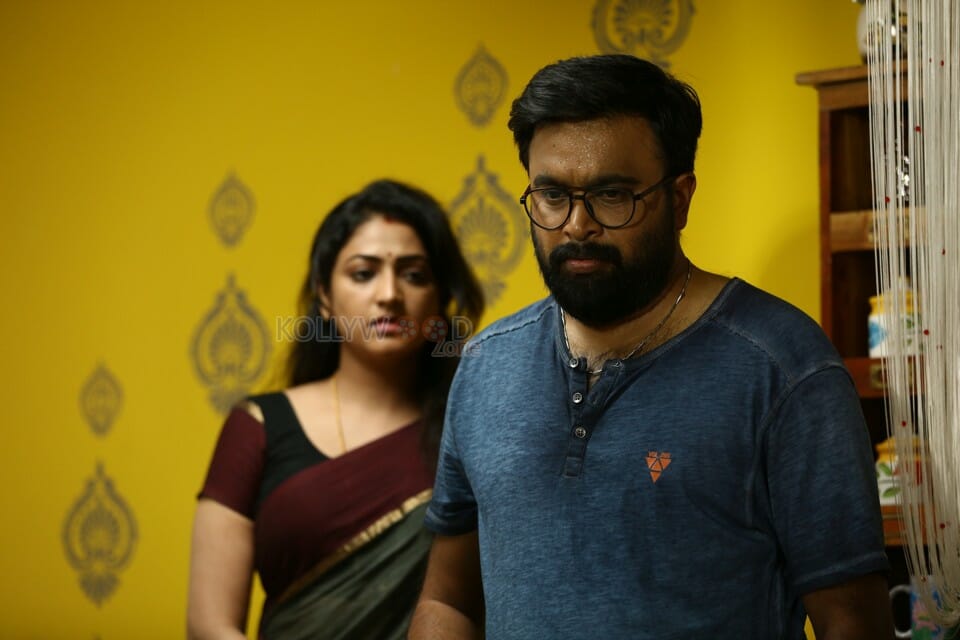 Now we have news that the production house is planning to bring the movie to the theaters in the month of October this year. Revealing the news, the source added that the post production work of Naan Mirugamaai Maara is in the final stage, and will be completed in a week. The production team has decided to release the entertainer next month, and are currently in work to block a release date. An official confirmation regarding the same will be made soon.

Naan Mirugamaai Maara was initially titled as Common Man. But due to some disputes the production unit decided to go with Naan Mirugamaai Maara. Actor Sasi Kumar will be seen in the role of a sound engineer. While actor Vikranth plays the role of a psychopath killer. Earlier the production team released a short video clip introducing actor Vikranth’s character with the caption, ‘Glimpse of Satan.’ The clip had the actor murdering a victim in a gruesome way by repeatedly chopping the body, with blood splashing all over the place. The video grabbed the attention of the audience and has set high expectations on the project. Speaking about Vikranth’s character, the director said, “Every story has a villain. But ours have a Satan. The role that actor Vikranth plays will be heinous. I am confident the audience will love it.”

Apart from actor Sasi Kumar, Naan Mirugamaai Maara has actress Hari Priya of Kanagavel Kaaka fame playing the female lead role. Actor Vikranth has once again donned the antagonist hat for the film after Gethu. Music director Ghibran will be handling the musical instruments for the film. Cinematographer Raja Bhattacharjee has been behind the camera for the movie. The Editing department of the entertainer has been handed over to editor Srikanth N B. The venture is funded by T D Rajha along with D R Sanjay Kumar for the banner house Chendur Films International.

On the work front, actor Sasi Kumar who was last seen on screens in the action flick Kombu Vatcha Singamda is currently busy shooting for his next venture christened Pagaivanuku Arulvai helmed by director Anis in which he will be collaborating with actresses Vani Bhojan and Bindhu Madhavi, and for Naa Naa directed by filmmaker Nirmal Kumar in which he will be seen alongside actor Sarath Kumar. Apart from these ventures, the actor has Kaari filmed by storyteller M. Hemanth Kumar in which he has co starred with actress Parvathi Arun in the post production getting fine-tuned for release. On the other hand, actor Vikranth is currently busy shooting for his upcoming project titled Deepavali Bonus under the direction of story teller Jeyabal J. On the other hand, actress Hari Priya who was last seen on screens in Tamil in Vallakottai is currently gearing up for a consecutive release in Kannada film industry in the likes of Amruthamathi, Evaru, Thaayi Kasthoor Gandhi, and Happy Ending.

Dhanush To Have Three Looks In Arun Matheswaran’s...

Akshara Haasan opens up about her role in...