Mahat Raghavendra has played a lot of supporting roles in many leading heroes’ films but that was before his short stint at Tamil Bigg Boss. After taking part in the TV reality show the actor become a house hold name in the state. The fame that he earned through the show ensured to bring in a couple of projects to his door steps but this time though it was to have him in the lead role. Now we have an interesting news on the actors’ next film which is still on floors. 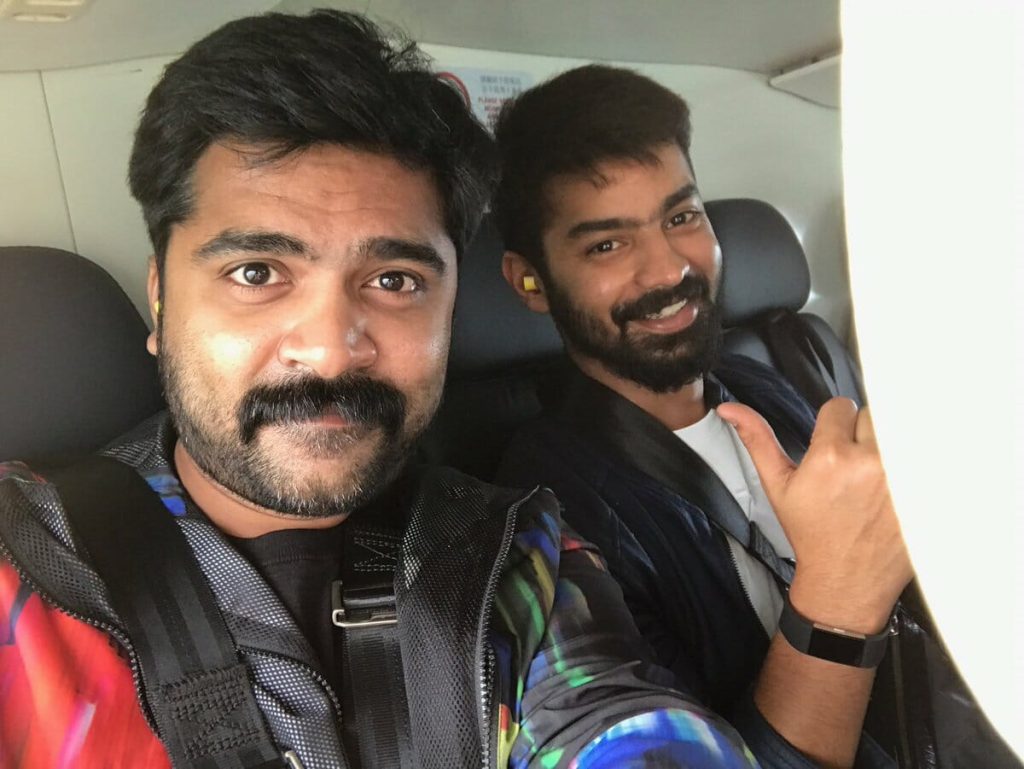 We had reported earlier that the Bigg Boss star would be teaming up with another fellow contestant Yashika Anand for a project. The project is directed by two film makers Magesh and Venkatesh duo. The venture went on floors a couple of months back and is still in shoot. Now we have news that actor and best friend of actor Mahat Raghavendra, Simbu has crooned the opening number of the film under the composition of musician S. Thaman. The actor was recently dropped from his political entertainer Maanadu and the producer of the film Suresh Kamatchi himself had announced the news official on social media. But the actor does not seem to be bothered about it and has moved on to his next work in the blink of an eye.

Speaking about the song one of the directors, Magesh states, “The song is the intro song for the lead characters Mahat Raghavendra, Yashika Anand, Ma Ka Pa, Sara, and Manobala sir. They are a gang of friends. Usually, when it comes to songs in a pub either it will be a love failure song or an item number. But this song in our flick will be a colorful number in the celebratory tone. The song is sung by actor Simbu and is named as ‘Drunken Monkey Dance.’ We have a signature step in the song choreographed by Hari Kiran master which is definitely going to be popular among the youths in the state at least for some time.” Speaking about the song Mahat Raghavendra stated, “It is a very special song to me as it is sung by my close buddy Simbu. In a way the song describes about who I am in real life.”

The actor also opened up about the flick. Talking about how the project happened, the actor states, “Directors Magesh and Venkatesh approached me to star in the film two years ago. Then I went in to Bigg Boss house. Immediately after I came out of the house they reached out to me again. But this time with a person by name R. V. Bharathan to bankroll our movie. From the beginning the duo was very clear about what they wanted.” Opening up about his role, the actor revealed, “This is a horror thriller flick. My role will be in the dark shades at the beginning but will slowly incline towards a positive one. That is the special about the role.” He also said that he is glad to work with Yashika Anand and that their on screen chemistry is great. We will have to wait to see how the chemistry has worked out between the two in the entertainer as we have already seen their chemistry in the Bigg Boss house.

Vijay Sethupathi’s DSP Trailer: Promises To Be An...