Recently Jiiva and Nayanthara movie ‘Thirunaal‘ was released and during the victory function Jiiva has told that Nayanthara and his pair has worked out well in this movie and he has told that he is happy that the movie is running successfully. 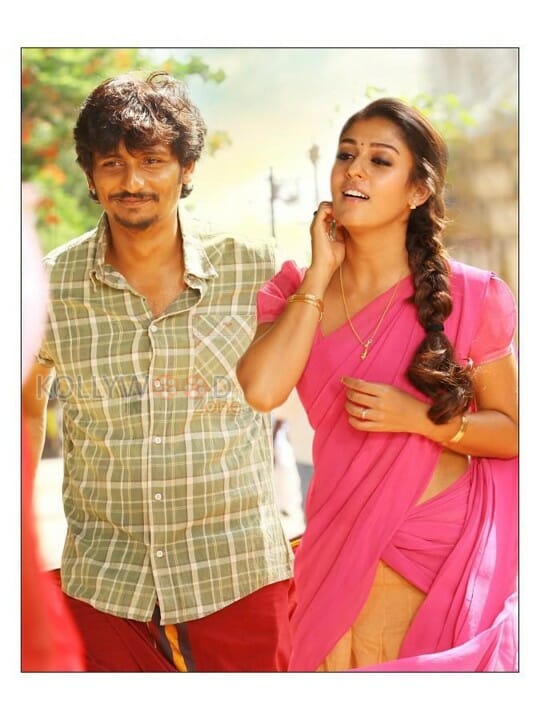 When he was posing in ‘Yaan’ director Ramnath has told that the movie’s story is tailor made for Jiiva and his acting has also attracted his fans. The technicians and all people who have worked for the making has made the movie perfectly and to his satisfaction.

After watching the movie his fans have called from Kumbakonam, Chennai and Tiruchy and many have also praised his performance and Nayanthara’s posing also. Jiiva has also told that the success of the movie has given him motivation for his next future projects. His next project will be ‘Nenjamundu Nermayundu’. Keep watching for more revision about Jiiva’s next movie.

The first look of ‘8 Thottakkal’ was released by Vijay Sethupathi