It has been a season of adult films in the Tamil cinema industry with the trend starting from Hara Hara Mahadevaki and Iruttu Araiyil Murattu Kuththu which hit the screens under the directorial of trend setting director Santhosh Jayakumar. Following which we had 90 ml starring Bigg Boss fame actress Oviya Helan and four glamorous heroines from director Anita Udeep, which was really the talk of the town after its release. Now, Tamil cinema is gearing up for yet another adult comedy entertainer titled Pallu Padama Paathukka. 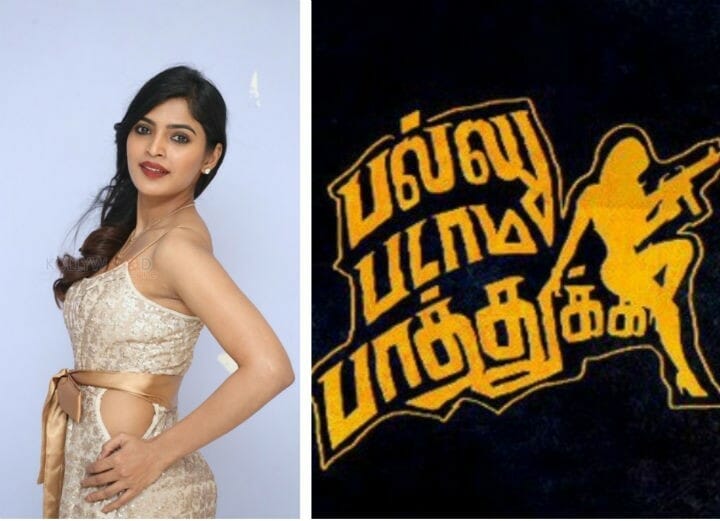 Attakathi Dinesh has played the lead role in the film while glamorous actress Sanchita Shetty will be seen as the female lead. Vijay Varadharaj of YouTube channel Temple Monkey fame will be making his directorial debut through this film. The film is said to be a zombie comedy film which makes it the second zombie film of Tamil cinema after the Jayam Ravi starrer Miruthan. The shooting for the film was recently wrapped up and after the post production works the film was sent to the regional censor board for certification. But according to reports the regional censor board has declined to clear the film. So the production team had to move to the New Delhi censor tribunal to bring out their film to theaters.

Recently, the New Delhi censor tribunal is said to have cleared the film with an A certificate even after many scenes went under the scissor and with muted dialogues. The film has already garnered the attention of youths in the state and this news is only going to further up the anticipation level for the film. The film is produced by Blue Ghost Production house, the same production house that produced the other adult entertainers Hara Hara Mahadevaki and Iruttu Araiyil Murattu. If things go as planned the zombie adult comedy entertainer will hit the screens on 12th of June.

Apart from actors Attakathi Dinesh and Sanchita Shetty, the film has comedian Jagan, Linga, and actors from Temple Monkey YouTube channel Sha Raa, Rishi and Abdool in various other supportive roles. Actress Oviya is said to make a cameo appearance in the film. While Shreyaas Krishna will be shouldering the camera for the film, Balamurali Balu will be handling the musical instruments for the film. We will have to wait to see what sort of reactions that the film provokes in the state, particularly among the younger generation.

On the work front, the actor is currently busy shooting for his flick Irandam Ulaga Porin Kadaisi Gundu under the directorial of debutant director Athiyan Aathirai. The flick is bankrolled by director Pa Ranjith under his home banner Neelam. Apart from this the actor has Vaaraayo Vennilaave directed by R. Sashidharan awaiting release for a long time now.