The hero turned musician is currently making his own colleagues envy the way he is handling his busy schedule. The astonishment is, the star is not only busy as an actor but also as a music director. He was last seen in the horror thriller Watchman which hit the screens under the directorial of A. L. Vijay. The venture did enjoy a moderate commercial success. Now the actor is gearing up for a back to back release of his next three films Sivappu Manjal Pachai, 100 % Kaadhal, and Ayngaran. The trailer of Ayngaran has now hit the social media.

The project which was silently in the making for a long time is finally all cooked up and is lined up to hit the screens. Now the production unit has shared the trailer of the flick on social media. Actor and producer Dhanush has shared the trailer of the flick. Taking to his twitter handle, the actor shared the trailer of the drama and wrote, ‘Happy to release the impressive trailer of G. V. Prakash Kumar starrer Ayngaran best wishes to the entire team. God Bless.’ From the trailer we can presume it to be an action revenge entertainer. The couple of minutes cut opens with a murder which the police in the state are finding difficult to figure out who might have done it. G. V. Prakash Kumar who comes in as a mechanical engineer takes up on the case on himself and goes after the killer to bring him to justice. The trailer is filled with violence and bloodbath. It is either G. V. Prakash bashing the henchmen or it is his turn to get beaten up. But the suspense building up throughout the trailer seems to be a positive element for the film.

The entertainer is scripted and directed by story teller Ravi Arasu. Actress Mahima Nambiar will be playing the female lead role in the drama while Kaali Venkat, Yogi Babu, Siddhartha Shankar, Ravi Venkatraman, Hareesh Peradi, Aadukalam Naren, Mayilsamy, and Ravi Prakash will be portraying various other supporting roles. The motion picture is bankrolled by B. Ganesh under the banner Common Man. The music for the project is composed by the actor himself. The cinematography department of the drama was handled by Saravanan Abimanyu and the film will be edited by Raja Mohammad. The action entertainer is slated to hit the screens on 5th of September. 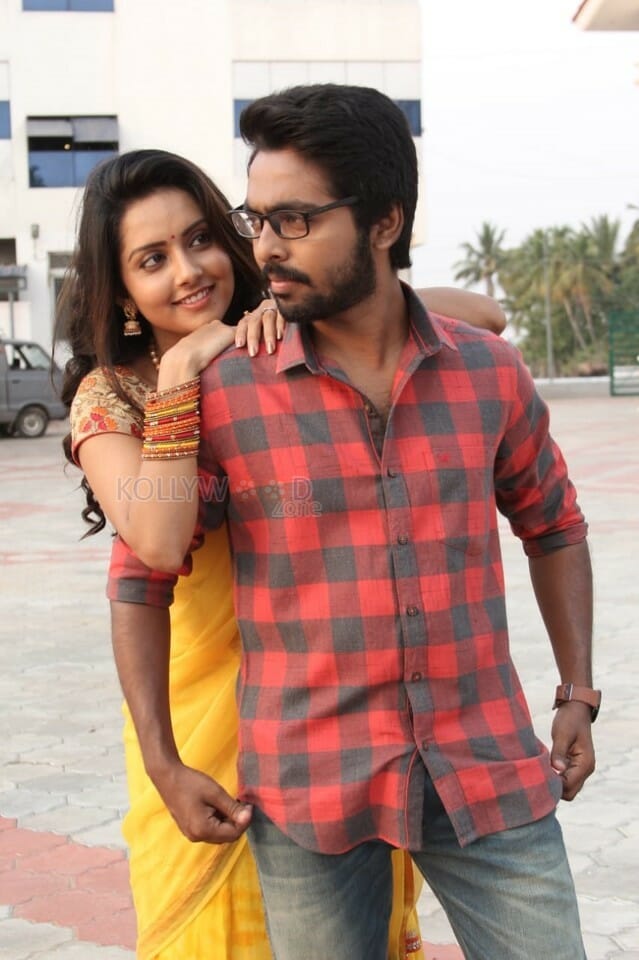 On the work front, the actor is currently busy shooting for his next venture titled as Jail under the directorial of Vasantha Balan and also for his project titled as Kadhalikka Yarumillai which is directed by Kamal Prakash. Besides these projects the actor has the fantasy comedy entertainer 4G, Kadhalai Thedi Nithya Nandha, Aayiram Jenmangal and Adangathey in his pipeline.

Arya and Atharva to team up for Bala’s...