Ace film maker Mani Ratnam is bankrolling a project for his associate director Dhana under his home banner Madras Talkies. Titled as Vaanam Kottattum the casting of venture has actors Vikram Prabhu, Madonna Sebastian, Aishwarya Rajesh, Shanthnu, Sarath Kumar and Radhika Sarath Kumar essaying various other supporting roles. Recently the producer paid a visit to the sets of the film along with his wife Suhasini and shared a picture with the lovely couple Sarath Kumar and Radhika Sarath Kumar which made in to the news. Now we have a scorching update on the film maker’s directorial venture Ponniyin Selvan. 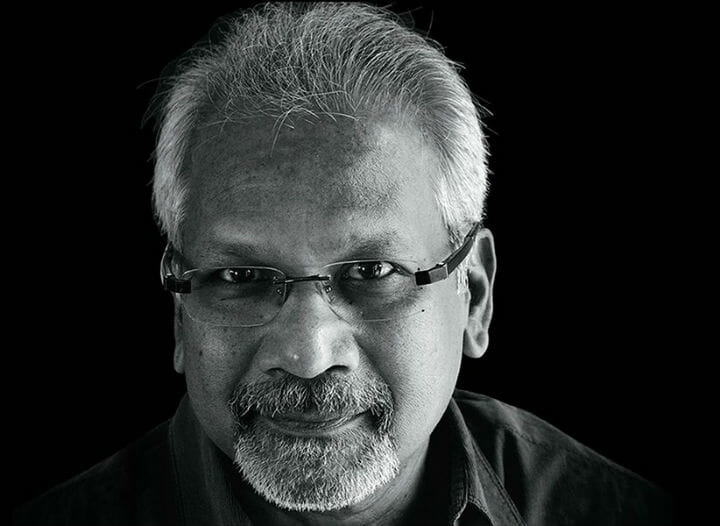 It is a very popular news that director and producer Mani Ratnam is gearing up to bring his dream fantasy historical drama the magnum opus Ponniyin Selvan to floors. The project is currently vigorous thriving in the pre-production department. The motion picture is set to be funded by production giants Lyca Production house and is expected to go on floors by the end of the year. We had reported earlier that actor and writer Elango Kumaravel will be co-writing the script along with the story teller. The writer has given an update on the progress of the script to a leading daily.

Speaking about it, he says, “The script has reached the final stage and probably we should be able to finish it completely within the next few days.” When asked about whether he has any idea about when the project will go on floors, the writer said, “I am not in to the making department. So I am not sure about when they will begin to shoot for the film. But as to the writing it should be done in the next few days.” This is indeed an amazing update not only for the fans of the director but also to the cinema lovers in the state.

The film is star stubbed as such is the depth of the epic historical saga. The casting department has Jayam Ravi, Chiyaan Vikram, Karthi, Aishwarya Rai Bachchan, Keerthy Suresh, Aishwarya Rajesh, Amala Paul, Parthiban, Mohan Babu and many more to join the list. The music for the venture will be composed by Oscar winner A. R. Rahman. The cinematography department will be taken care of by ace cameraman Ravi Varman.

The script is based on the epic historic novel penned down by renowned philosopher and writer Kalki in the year 1951. The director has been trying to turn the epic novel in to a motion picture for a long time, after a dozen postponements finally the project has reached the finally stage of pre production. However, guess we will have to wait for a long time to witness the magic of the film maker once again in the epic historical drama Ponniyin Selvan.