Munishkanth who ventured into Tamil cinema back in the year 2003 with a minor part in Kadhal Kirukkan did a handful of supporting parts in movies that left the theaters unnoticed. He finally garnered the attention of the audience with his superb comical role in Mundasupatti which hit the screens under the direction of filmmaker Ram Kumar with actor Vishnu Vishal in the lead role. Following the success of the flick, he inked his signature for numerous projects. Now, the actor is all set to turn lead hero in his upcoming flick titled Middle Class. Debutant story teller Kishore Muthuramalingam will be directing the project. Actress Vijayalakshmi Ahathian of Chennai 28 fame who is fresh from winning the Survivor reality tv show is set to play the female lead role.

The project went on floors recently with a small pooja ceremony in Chennai. The production house themselves has announced the news on social media. Taking to their official twitter account, the banner house shared few pictures from the pooja ceremony and wrote, “We are elated to announce that our production no 14 Middle Class fun filled family drama of the middle class lifestyle, started today with pooja.” 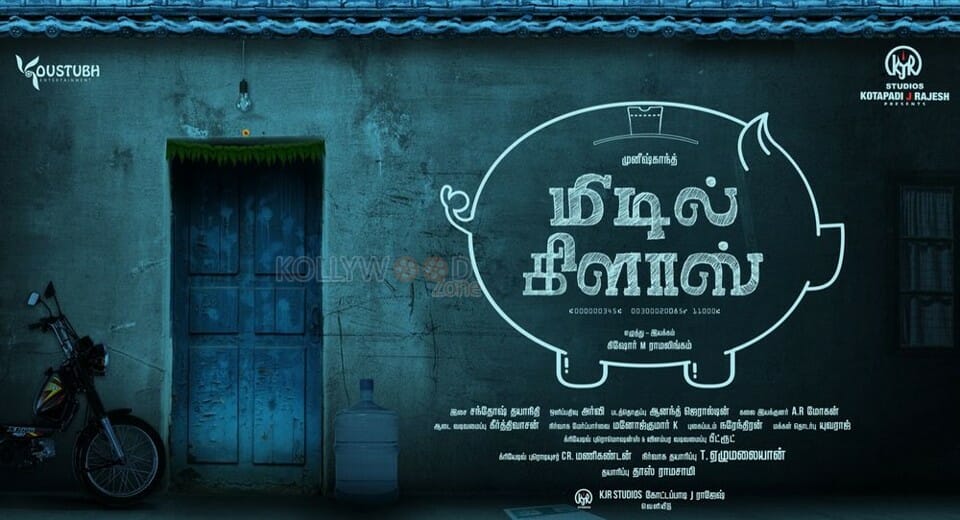 Chatting to a leading daily in the state about the project, newbie director Kishore Muthuramalingam, stated, “If you look at other film industries you can find a good number of films made on the lives of middle class people. But in Tamil cinema we just use that as a backdrop for our mass action films. For a change, I wanted to make a film on the lifestyle and mood of the middle class people, and so the title. The movie is about a family of four who moves to Chennai from their native with big aspirations. It also covers the life of people who have moved to Chennai in the past few decades. The entertainer will be an out and out comedy drama with a right dose of emotions. I hope the audience will like it.”

The banner house had previously funded the critically acclaimed movie Ratchasan. So, the expectations on the drama are quite high. The production unit has planned to wrap the shoot of the flick in two schedules set in Chennai and Tanjore over a period of three months. It is said that the production house has plans to bring the drama to the theaters by the end of this year. Apart from actors Munishkanth, and Vijayalakshmi Ahathian, the casting of the flick has actors Malavika Avinash, Vela Ramamoorthy, Vadivel Murugan, Kuraishi, and Radha Ravi in various other supporting roles. The music for the venture is composed by musician Santhosh Dhayanidhi. Cinematographer Sudarshan Srinivasan will be seen behind the camera for the movie. The editing division has been handed over to editor Sanlokesh. The entertainer is bankrolled by Dilli Babu under the banner house Axess Film Factory.

On the work front, actor Munishkanth who was last seen on screens in Don is currently busy shooting for a supporting role in his upcoming drama titled Agent Kannayiram directed by story teller Manoj Beedha in which he has played the sidekick of actor Santhanam, and for Vasco Da Gama under the direction of film maker R. G. Krishnan in which he will be seen alongside actor Nakkhul.