Actor Karthi has been delivering back to back hit films and is on a successful run in the K town. Now again the actor has begun his next journey on a successful note with the first look of his next venture going viral on internet. The film which is said to be an intense action thriller is directed by Maanagaram fame director Lokesh Kanagaraj. Maanagaram was critically acclaimed by all set of audience and was bestowed with positive reviews from the critics. The film is said to be in the final stage of post production and will hit the screens soon. 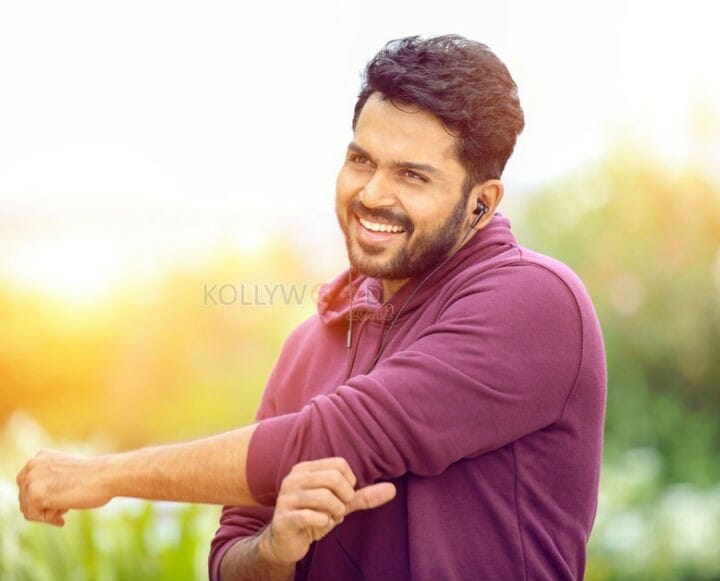 Currently, the actor is busy shooting for his 19th film which will be under the directorial of Bakkiyaraj Kannan. Now, we have an interesting information about the untitled flick. Kannada actor Ramchandra Raju, who played the villain character Garuda in the block buster Kannada movie KGF which grossed 250 crore, is set to play the baddie against Karthi in this untitled movie.

While we are still waiting for an official confirmation regarding the actor’s appearance in the movie just the name of Ramchandra Raju for the negative role has upped the expectations for the antagonist role that the director would have scripted for the movie. Actor Karthi’s fans are quite eager for the movie as such is the power of KGF villain.

The film that began rolling the camera on 13th of March 2019 is expected to be a family entertainer. Actress Rashmika Mandanna is essaying the female lead role in the movie. Apart from them the film has Narain, George Maryan, Dheena, Vatsan Chakravarthy and Ramana essaying various pivotal roles. The film is funded by producer S. R. Prabhu partnering with Tiruppur Vivek under the banner Dream Warrior Pictures and Vivekananda Pictures respectively. The music for the film will be composed by Sam C. S. The cinematography will be done K. U. Mohanan while the editing works will be performed by Philomin Raj.

Are you ready for a different experience? Irumbu Thirai is...