Director Bala is one among handful of directors who has created a cult for themselves in the Tamil cinema industry. The director is quite arty in depicting sufferings of humans and dark contents boldly on the silver screen. The director who made his debut in 1999 through the film Sethu, starring Vikram in the lead went on to win the National award in his fifth film Naan Kadavul.

The director who never lets his name on any controversy recently became the talk of the town after falling apart with the producers of the film Varmaa, the official remake of super hit Telugu film Arjun Reddy. The controversy really went down as a bad note on director Bala. 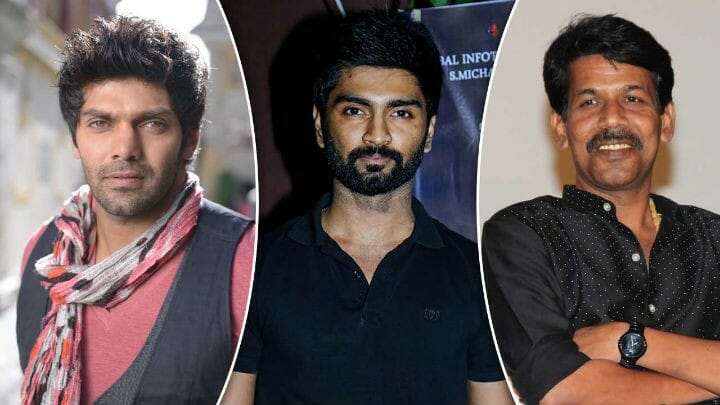 It was actor Vikram who expressed his desire to have director Bala as the director of his son’s first film. It was only after Sethu the actor rose to fame in the K town and later went on to bag the National award for best actor for his role in Bala’s Pithamagan. It was for this sentiment the versatile actor of Tamil cinema wanted Bala to direct his son on his first venture in Kollywood. But unfortunately something went wrong between the director and the producers of the film, resulting in the producers dusting off the first copy of the film that Bala directed.

Now the director has moved on from the infamous incident of his career to his next project. We have interesting updates on the director’s next movie. It is said that the movie will be a dual hero subject as one of the director’s previous venture Avan Ivan, starring Vishal and Arya. The director is said to have approached actors Arya and Atharva to play the lead roles in his movie. It seems that the actors have also given a nod to the director. This has already created a high expectation for the film in the K town.

The director has already worked with the actors on different films with Arya in Naan Kadavul and with Atharva in Paradesi. Now the director is gearing up to bring in both the actors for his next venture. It is said that the music department will be handed over to the busy actor, producer, and music director one and only G. V. Prakash Kumar.