One of the most awaited commercial entertainer films of the year is Sivakarthikeyan’s Mr. Local under the directorial of Siva Manasula Sakthi fame director Rajesh. The film is said to hit the screens on the 1st of May, world workers day. Rajesh’s films as similar to Sivakarthikeyan’s, generally has a large set of family audience opting to watch the movie in theaters. So this combo is expected to keep the box office ticking at least for some time. 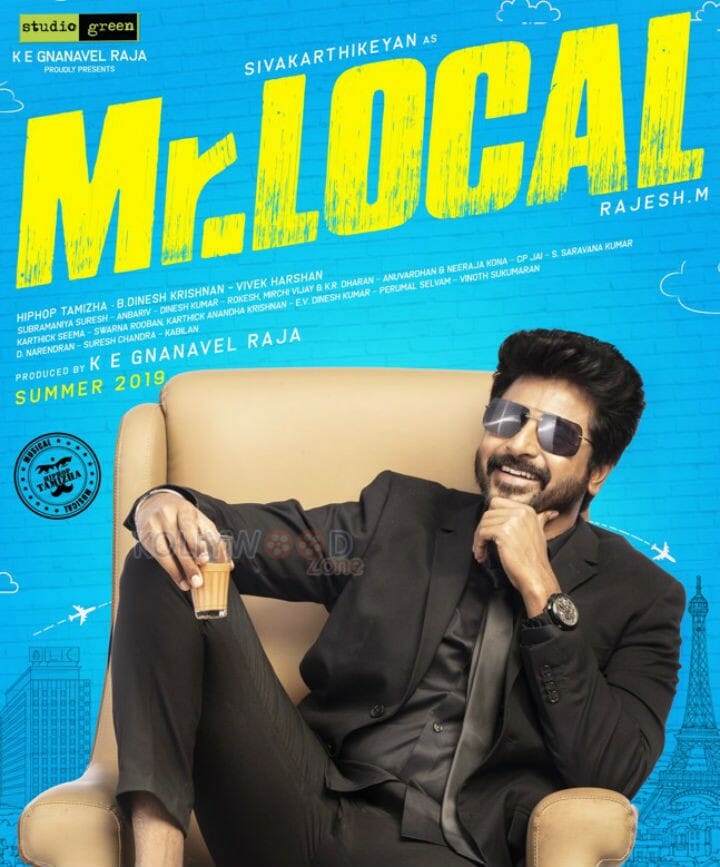 Director Rajesh is known for his comedy films like Boss Engira Baskaran, Oru Kal Oru Kannadi and Vasuvum Saravananum Onna Padichavanga. All these films had one thing in common the then comedian “Santhanam” factor. The comedian was hailed to be the hero of Rajesh’s films in spite of the films having a real lead. But then the comedian decided to wear the mask of hero and stated he will act only as a hero in films. But the director has decided to bring in three comedians this time for his film as the replacement of Santhanam factor. The film will have Yogi Babu, Robo Shankar and Sathish working on the comedy department.

The director has spoke about the film recently, the director said, “Mr. Local is a powerful updated version of my film Siva Manasula Sakthi. You can openly name it as SMS 2.0 aptly. When I narrated the story to Siva he was very much impressed and felt that the female lead in the movie is very crucial and he told me that actress Nayanthara would be the apt to carry forward the role. Even I felt the same and when I approached Nayan she said yes immediately after hearing the one line of the story. In Velaikkaran the audience did not get to see them together in much portion of the film but it will be the contrast to that scenario in Mr. Local.”

The director also spoke about the recent infamous Radha Ravi’s comment on the actress. He said, “I am not surprised with Nayanthara being hailed as the Lady Superstar of Tamil cinema as she is one of the most hard working actresses we have got in the industry. Her dedication along with hard work alone has got her to where she is today,” the director concluded.

Apart from Sivakarthikeyan and Lady Superstar Nayanthara the movie has Raadhika, Thambi Ramaiah, Yogi Babu, Robo Shankar and Sathish. Hip Hop Aadhi has composed the music for the film and has provided 5 tracks for the movie including a peppy number for Sivakarthikeyan’s intro. Dinesh Krishnan takes care of the cinematography for the entire film while only a song will be covered by Arthur A. Wilson. The film is trimmed by Vivek Harshan.