Actor Yogi Babu is not only a busy artist in the Tamil cinema industry right now but also a lucky artist who is on a roll to get casted against lead heroines in the industry. First it was the dark comedy entertainer Kolamavu Kokila in which the audience witnessed the actor share the screen with lady super star Nayanthara following which the actor teamed up with Yashika Aannand for Zombie. Now the actor will be seen alongside actress Tamanaah Batia in Petromax and with actress Anjali in an untitled movie. Actress Anjali will be seen in the lead role in the entertainer after her women centric film Lisa. Now, we have an interesting update on the casting department of the venture. 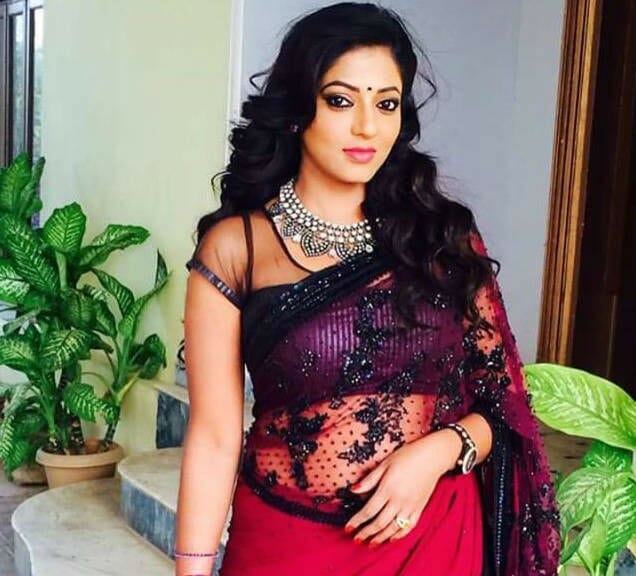 We had earlier reported that the Dharmaprabhu star will be seen alongside actress Anjali in a project and that Popular TV star Ramar will also be essaying an important role in the venture. The project went on floors with a formal pooja in Chennai recently. Now we have information that popular Bigg Boss contestant Reshma Pasupuleti who had earlier essayed the role of Pushpa in Vishnu Vishal’s Vellanuvanthuta Vellakan will be depicting a role in this flick as well. The actress was also seen in the pooja ceremony of the flick. The production unit shared a picture that was snapped in the pooja event on social media. The movie will be scripted and directed by story teller Krishnan Jayaraj who had previously directed the Mirchi Siva starrer Sonna Puriyaathu. The unit is said to be in plans to wrap up the shoot of the minimalistic drama in the shortest time possible.

The story is said to be set at the backdrop of a hill station and actress Anjali will be depicting the role of a Basket Ball player in the comedy entertainer. Speaking about the movie to a leading daily, the director stated, “Actress Anjali will be playing a basketball player and a coach while Yogi Babu and Ramar will be her sidekicks who are in love with her. We have made sure that the venture will in no way be on the tracks of Kolamavu Kokila. The entertainer will be an out and out family drama. Hope the audience will enjoy the movie in theaters.” The music for the drama will be composed by Vishal Chandrasekhar. The cinematography department of the entertainer has been handed over to Arvi, while editor Ruben will be taking care of the editing department of the movie. The motion picture is set to be bankrolled by Sinish Sreedharan who had previously directed the thriller movie titled Balloon, under the banner The Soldiers Factory.

On the professional front, actor Yogi Babu will next be seen on screens in the super star Rajinikanth starrer Darbar which is helmed by controversial story teller A. R. Murugadoss and in the Vijay starrer Bigil which is directed by Atlee. Apart from this project, the actor has Dagalty under the direction of debutant director Vijay Anand in which he will be sharing the screen space with former comedian Santhanam. Besides these projects, the actor has 100 % Kadhal, Shaitan ka Bachcha, Panni Kutty, Asura Guru, Nindru Kolvaan and many more projects in his pipeline.