It is quite a known news that Dhruv Vikram son of Chiyaan Vikram is set to foray in to Tamil cinema with his film Adithya Varma, the official remake of Telugu block buster film Arjun Reddy. Putting aside his own projects, actor Vikram travelled along with his son to the shooting spots that were set up on various oversea locations but predominantly in Portugal to ensure that the film is crafted to an optimum level. Vikram’s decision to travel with his son came after the first version of the film directed by Bala under the title Varmaa getting tagged as poor content by Mukesh Mehta, the producer of the film. 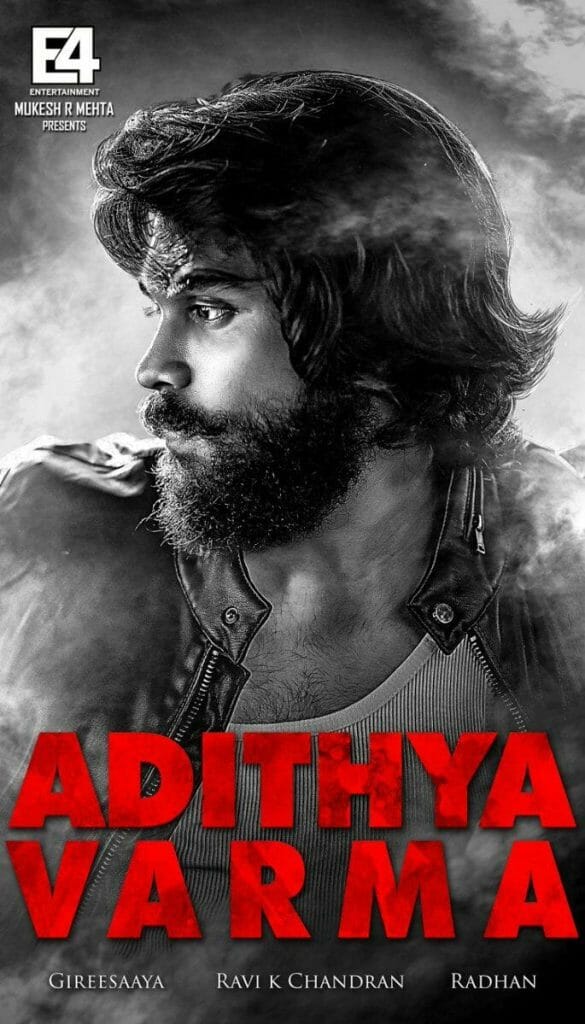 After the incident there were speculations in the K town that the film was dropped permanently. But to everyone’s surprise the producer announced that the film will be shot entirely from the beginning with a new team with Dhruv Vikram in the lead. Now the shooting for the film that was taking place in a full swing in Portugal has been wrapped. The cinematographer of the film Ravi K Chandran has announced the wrap up of the project on his twitter account. The film had to undergo a lot of drama to get to the post production stage. Let us hope that the film is as interesting as the drama that it endured in order to be filmed.

The flick is directed by Gireesaaya, the former associate of Sandeep Reddy Vanga, who directed the original version of the film. Banita Sandhu plays the female lead in the film while actress Priya Anand will be donning a pivotal role in the film. While the cinematography for the film was dealt by ace cinematographer Ravi K Chandran, Radhan handles the responsibility of the musical department for the film. Recently, the team had shared a picture of the entire unit in Portugal. They also shared a picture in which the director, cinematographer, actor, and Vikram were posing looking towards one direction.

Immediately after the wrap of the film, speculation started doing rounds that the producer Mukesh Mehta has once again decided to shelve the film. However, the producer himself denied the news and tagged them as mere rumors. The producer also stated that the film which in currently thriving vigorously in the post production stage will be hitting the screens as a July release not as a June release as planned earlier.

It is said that considering the future of Dhruv Vikram director Bala has choose not to speak about the incident in the media. However, sources close to the director claims that the director was very much annoyed and disappointed on actor Vikram as he was the one who wanted Bala to direct the film. Whatever, the director has moved on to his next project and is in talks with actors Arya and Adharvaa to cast them in his next flick.