Actress Priya Prakash Varrier became an overnight sensational after wink video from the upcoming Malayalam film ‘Oru Adaar Love’ went viral a few months back. She won the heart of viewers with her cute antics. Soon after the wink video went viral the movie’s screening was delayed because of the change in the story when the director Omar Lulu decided to increase the screen time of Priya Prakash Varrier and Roshan Abdul Rahoof’s characters in the movie. 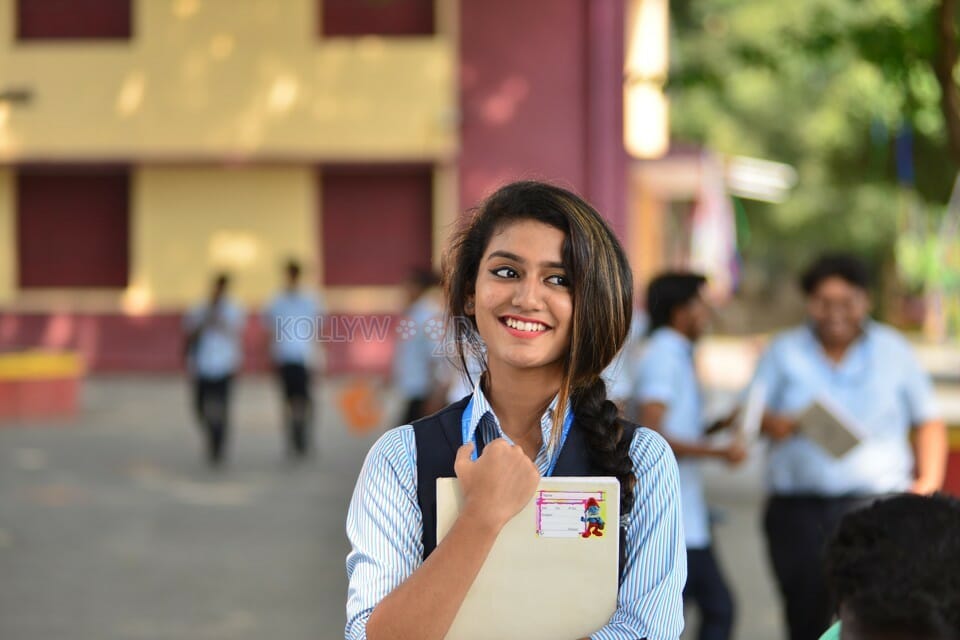 The Tamil version of ‘Oru Adaar Love’ is bankrolled by Kalaipuli S Thanu under his production house ‘V Creations’ and a new video has been released for the film. In the new clip the actors Priya Prakash Varrier and Roshan Abdul Rahoof are school students who are in love and they share a sly lip-lock. This scene created a buzz amongst the fans. On the whole the lip-lock video just like the wink video has propelled Priya Prakash Varrier into an another viral mode on the social media.

‘Oru Adaar Love’ is said to be a romantic flick and also features Siyadh Shajahan and Noorin Shereef in the prominent roles. The film is gearing up for release in 5 languages like Malayalam, Tamil, Telugu, Kannada, and Hindi on Valentine’s Day (14th February 2019).