Actor Arya recently inked his signature for his next project titled Minnal Veeran that is set to be directed by Maragadha Naanayam fame director A. R. K. Saravanan. Currently, the actor is gearing up for the release of his crime thriller flick Magamuni directed by Mouna Guru fame director Shantha Kumar. The film is bankrolled by K. E. Gnanavel Raja under his banner Studio Green. Recently, the actor wrapped up the shoot for the film and the film is now getting shaped up in the post productions stage. 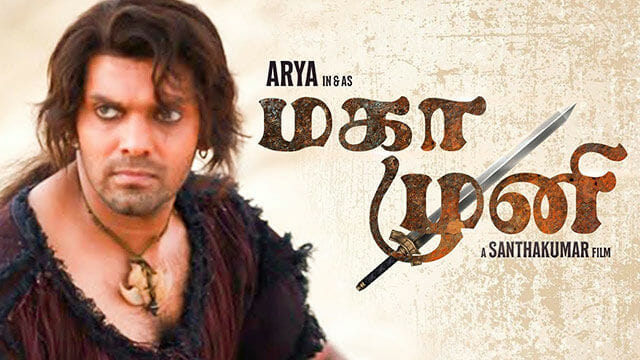 According to sources, the actor will be seen in two different roles in the film, one out of which will be a son of a corrupt politician. The flick that is in its post production stage is expected to hit the screens in the month of July. The flick was predominately shot in Chennai, Kancheepuram and Erode. Apart from actor Arya the movie has actresses Indhuja and Mahima Nambiar in the female lead roles while Kaali Venkat, Jayaprakash, and Aruldoss will be seen in various supporting roles.

Though actor Arya’s last outing Ghajinikanth directed by Santhosh P. Jayakumar failed miserably in theaters the actor had a great take away from the film as he married his co star Sayyeshaa Saigal. On the other hand, director Shantha Kumar’s first directorial venture Mouna Guru starring Arulnithi was critically acclaimed by both audience as well as critics in the industry and that has made the expectations for this project quite high. We will have to wait for a month or so to see whether this flick turns out to be a successful flick for actor Arya who is craving to deliver a hit film.

The musical instruments for the film will be handled by S. Thaman. While Dudley will be seen behind the cameras for the film, V. J. Sabu Joseph will be trimming the film. Lyrist Viveka has penning the lyrics for the sound tracks in the film.

On the work front, things seem to be on the brighter side for the actor who was nearly out of work for two years. Now, before the release of his film Magamuni the actor will be seen on screens in the stylish action thriller flick Kaappaan directed by K. V. Anand. The film also stars Malayalam super star Mohanlal and Suriya. Apart from this the actor has Teddy under the directorial of Miruthan fame director Shakti Soundar Rajan. Besides these projects the actor is in talks with director Bala to star in his next untitled film that will also have actor Atharvaa and Tamil Bigg Boss fame actress Bindu Madhavi.