Kollywood industry’s actor Ajith is called as Thala and currently he is acting under the direction of Siruthai fame Siva and the shooting is going on at Bulgaria. Ajith is pairing Kajal Aggarwal for the first time in the movie. 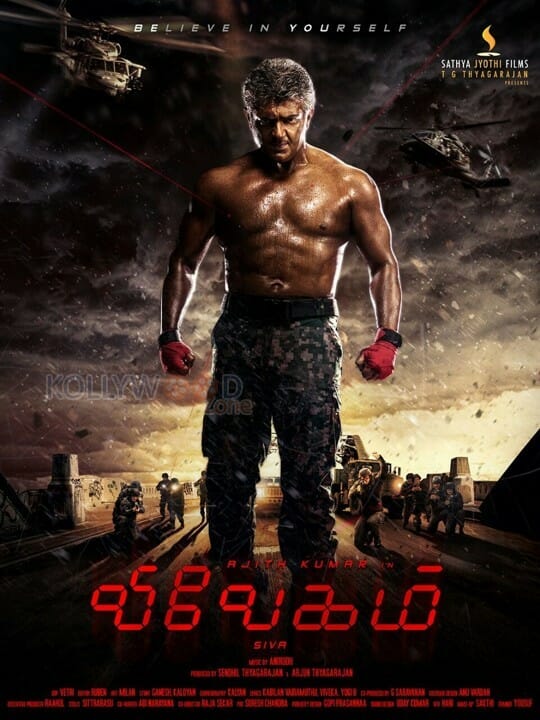 Akshara Hassan and Bollywood industry’s actor Vivek Oberoi are acting in crucial roles. Anirudh is composing the music and he is composing in Hollywood style. Ajith’s fans are excited on seeing the poster and are happy about it.