Home Kollywood News Sixer trailer: Vaibhav’s next promises to be a hilarious entertainer

Actor Vaibhav was last seen in the romantic comedy entertainer Meyaadha Maan which hit the screens in the year 2017 under the directorial of film maker Rathna Kumar. The romantic entertainer was the first solid hit that the actor delivered under his name as a solo lead hero. The flick not only enjoyed a good reception among the youths in the state but also received critical acclamation from the critics in the industry for its screenplay. After the success of the film actor Vaibhav had many projects coming his way but the actor was careful to filter out and bag movies that had fresh contents. Now, the trailer of one of the entertainers that he had signed for is out. 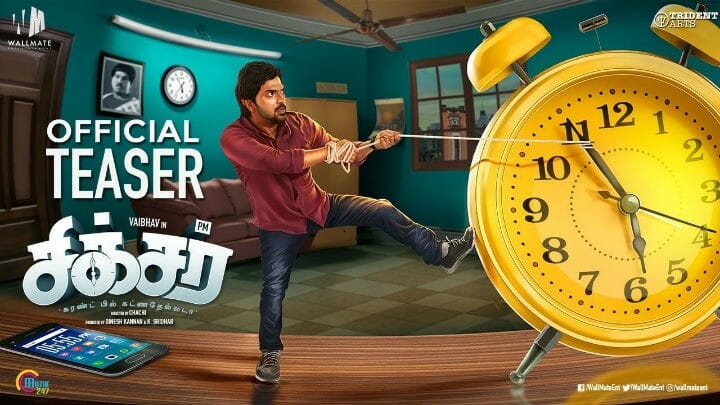 The actor who is currently busy shooting for multiple projects will be next seen in the flick Sixer. The film which went on floors earlier this year is now ready to hit the theaters. The production unit has now unveiled the trailer of the comedy drama on social media. Story teller A. R. Murugadoss has launched the trailer of the movie on his social media account. Taking to his twitter handle, the director has shared the trailer of the venture and wrote, ‘Happy to launch the Sixer trailer. Looks like a package of pucca entertainment. Best wishes to the entire team.’ The story teller also revealed that the venture will be hitting the screens on 30th of August.

The trailer gives us a glimpse of how the actor suffers with his night blindness and the ways that he deploys to deals with the issue. In the project the actor has depicted the character of an individual suffering from night blindness who finds it hard to deal with things on his own after 6 pm. This weakness seems to have created havoc in his love life as well. Being an Indian, with the title of the film, it is quite natural to get in to the thinking that the venture is about cricket. But the film has nothing to do with the favorite sport of the nation. The teaser of the flick hit the social media a couple of months ago and garnered the attention of cinema goers in the state with its comical theme.

Apart from actor Vaibhav, the film has Pallak Lalwani in the female lead role while veteran actor Radha Ravi, Ilavarasu, and comedian Sathish essaying various other significant roles. The drama is scripted and directed by debutant director Chachi. While P. G. Muthiah has been behind the camera for the film, Jomin has taken care of the editing department of the entertainer. The music for the project is composed by M. Ghibran. The motion picture is bankrolled by Dinesh Kannan and K Sridhar under the banner Wallmate Entertainment partnering with R. Ravindran of Trident arts.

On the professional front, the actor who is gearing up for the release of the comedy project Sixer is currently busy shooting for Taana and also for Katteri under the directorial of director Deekay of Yaamirukka Bayamey fame. Besides these flicks, the actor has an untitled drama which will be funded by his buddy Nitin Sathya and is set to be directed by S. G. Charles. The actor also has his long delayed project the political entertainer R. K. Nagar waiting for release for a long time now.