Home Kollywood News Zombie trailer: Yogi Babu’s next is a mix of glamour, comedy and horror!

Actor Yogi Babu is climbing to the pinnacle spot in the cinema industry at a higher pace with a busier schedule than even the top stars in the industry. The actor had a good outing with two of his last ventures Jackpot and Comali which are still running successfully in the theaters. It was announced earlier that the actor will be teaming up with Tamil Bigg Boss Fame actress Yashika Aannand for a venture. The glamorous beauty has got a huge fan following in the state even before making it big in the industry, thanks to Bigg Boss. Two trending artistes coming together for a project has garnered a good scale of attention of the audience for a minimalist project. The venture which is titled as Zombie will hit the screens under the horror comedy genre. 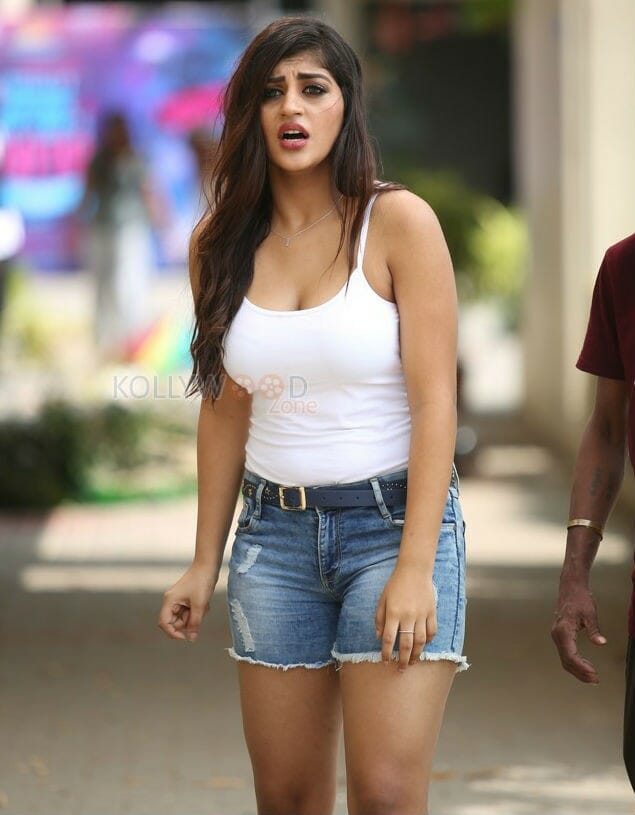 Now, the production unit has unveiled the trailer of the flick on social media. From the couple of minutes cut we can comprehend that Yashika Aannand along with her friends go to resort to enjoy a vacation and suddenly out of blue people in the resort turn in to zombies and begins to start attacking Yashika Aannand and her companions. As expected the film has more to offer in terms of comedy than thrilling and horror experience. Also as anticipated, Yashika Aannand has upped the glamour quotient and the glam bomb looks smoky hot in the couple of minutes cut. The teaser of the movie hit the social media some time ago amidst high expectations but to everyone’s disappointment the teaser turned out to a sloppy one and did not live up to its expectations. But the trailer of the entertainer is promising and is sure to get the folks interested on the movie.

Director Bhuvan Nullan R of Mo fame has scripted and directed the comedy horror flick. Actress Yashika Anand will be seen in the role of a doctor in the film while actor Yogi Babu’s role is kept as a suspense element for the audience. The horror comedy genre has been done to death in the Tamil cinema industry in the recent years that even kids in the state are not scared of ghosts anymore. We will have to wait to see what the entertainer has to offer the audience newly.

Apart from actors Yogi Babu and Yashika Anand, the comedy drama has T M Karthik, Mano Bala, Anbu Dasan, Chitra Akka, Lollu Sabha Manohar, Bijili Ramesh, popular YouTubers Sudhakar and Gopi essaying various other important roles in the movie. The musical department of the film will be handled by actor Premgi Amaran. The cinematography department of the entertainer has been handed over to Vishnu Shri K. S while Dinesh Ponraj will be taking care of the editing department of the film. The motion picture is bankrolled by Vasanth M and V. Muthukumar under the banner S3 Pictures.

On the work front, actor Yogi Babu is busy shooting for the super star starrer Darbar and has also played a role in Vijay’s Bigil. Besides these flicks, the actor has Jeyikkira Kuthira, 100 % Kadhal, Shaitan Ka Bachcha, Jada and many more projects in his pipeline.

Kathir and Yogi Babu’s next film teaser is...