Aishwarya Rajesh’s Driver Jamuna To Release On This Date?

Actress Aishwarya Rajesh who forayed into Tamil cinema with a supporting role in Neethana Avan turned lead heroine in Aachariyangal helmed by storyteller Harshavardhan. But it was director M. Manikandan’s Kaaka Muttai that put her in the limelight. The Vada Chennai actress had her last outing in the likes of Boomika which hit the Netflix OTT platform under the direction of Rathindran R. Prasad. The flick opened to mixed reviews, and as a result did not do well commercially. But the actress has moved on to her next movie, and is currently gearing up for the release of her upcoming project titled Driver Jamuna. The movie is helmed by director P. Kinslin of Vathikuchi fame. The production unit had released the trailer of the entertainer a couple of months back which enjoyed a great reception among the audience, and has clocked millions of views till date. Now, we have news on the release date of the flick. 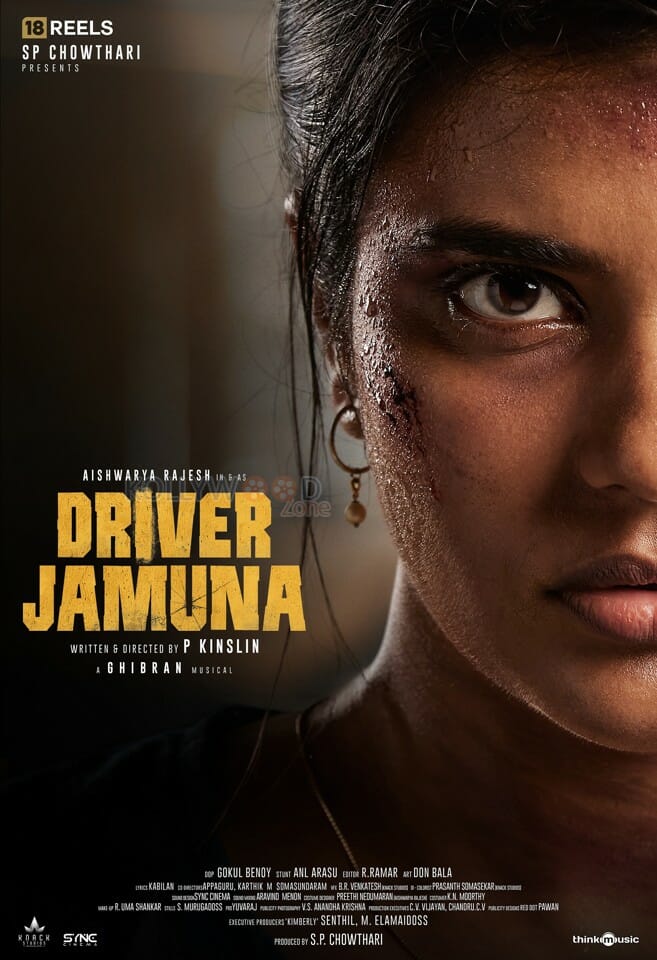 We have reports that the production house is eying to bring the entertainer to theaters on 11th of November this year. And that they are actively working on blocking the date. An official announcement regarding the same is expected to be made soon. If this materializes, Driver Jamuna will be the first release of the actress this year. Actress Aishwarya Rajesh is set to play the role of a cab driver who gets embroiled in a murder case.

Earlier, speaking to a leading media house about the movie, story teller P. Kinslin stated, “The drama will depict a series of events that transpires in a single day, and how that impacts the life of a woman cab driver. Actress Aishwarya Rajesh has given her best. As part of preparation for the role, she interacted with a bunch of real-life women cab drivers to get to know their gestures and learn from their experience.” Talking about actress Aishwarya Rajesh’s performance, P. Kinslin said, “There were portions where she had to perform while she was driving the car. She managed to focus on driving without compromising on her performance. We had a couple of chasing sequences. We shot them live on road. Without opting for a dupe, Aishwarya Rajesh did it herself. She stunned our stunt master Anal Arasu and the people on the sets.”

Besides actress Aishwarya Rajesh, Driver Jamuna has actors Aadukalam Naren, Sri Ranjani, Kavitha Bharathi, Pandi, Abhishek Kumar, and Manikandan essaying various other supporting roles. Music director Ghibran has composed the music for the entertainer. The cinematography department of the drama has been handled by cinematographer Gokul Benoy. Editor R. Ramar will be taking care of the editing division. The project is bankrolled by S. P. Choudhary for his production company 18 Reels.

On the work front, actress Aishwarya Rajesh who was last seen on screens in Tamil in the action thriller Boomika is currently gearing up for the release of her next venture christened The Great Indian Kitchen directed by filmmaker R. Kannan with actor Rahul Ravindran playing her life partner. The Kaaka Muttai actress is currently busy shooting for her upcoming woman centric project titled Farhana under the directorial of director Nelson Venkatesan, for Theeyavar Kulaigal Nadunga scripted by Dinesh Lakshmanan in which she will be co starring with actor Arjun Sarja, and for her Malayalam film Pulimada filmed by A. K. Sajan in which she will be collaborating with actor Joju George. Apart from these films, the actress has Mohandas directed by Murali Karthick in which she has shared the screen space with actor Vishnu Vishal, and Dhruva Natchathiram filmed by director Gautham Vasudev Menon in which she has romanced actor Vikram in various stages of post-production getting shaped for release.

Bharath And Vani Bhojan’s Love Comes To An...