Whenever director Vetrimaaran and actor Dhanush teams up for a project without any media marketing the expectations for the venture reaches the infinity level. Their track record of delivering block buster films speaks for itself. Right from the first project Polladhavan, Aadukalam and the recent venture Vada Chennai the duo has only tasted success. Even their current project Asuran has created much expectation among the audience from the time when the first look of the film hit the social media. 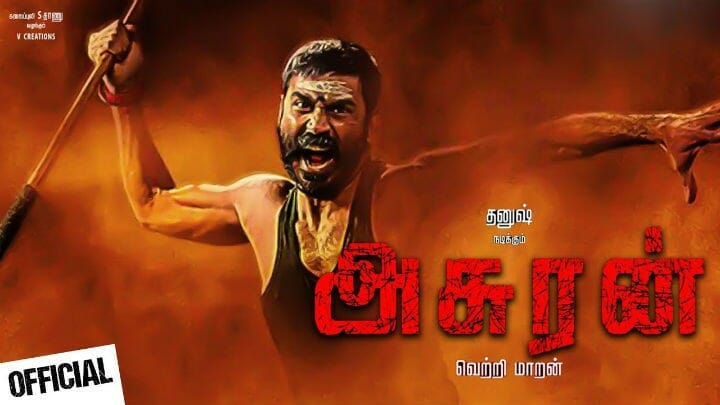 The film is said to be an action drama which will have actor Dhanush in dual roles. According to reports, Dhanush will be playing a 45 year old man and also the role of his son in the film. The film is said to be based on the novel Vekkai penned down by Author Poomani. The production unit recently completed their first schedule successfully as planned. Now they are gearing up to bring the second schedule of the film on floors.

According to sources, all the necessary paper works to roll out the second schedule of the film has been completed. The second schedule of the film is set to take place in the outer of Kovilpatti. The shoot is expected to begin from 20th of April. Few pictures of the actor carrying a sword in his mouth recently hit the internet and is trending among the actor’s fans. The venture is bankrolled by Kalaipuli S Thanu under the banner V creations.

Malayalam actress Manju Warrier will be seen as the female lead in the film which marks her debut in Tamil cinema industry. Apart from Dhanush and Manju Warrier, the film has Yogi Babu the current comedy sensation, Aadukalam Naren, Pawan, Guru Somasundaram, Thalaivasal Vijay, Pasupathy and director Balaji Sakthivel playing various pivotal roles. On the technical end, Velraj will be behind the camera while Vivek Harshan will be trimming the film.

Music director and a very busy actor G. V. Prakash Kumar is handling the musical instruments for the film and is posting regular updates about the film on his twitter handle. The music album is said to encompass four numbers in it and lyricist Egadesi has penned down lyrics for two songs in the movie.

On the work front, actor Dhanush is currently busy shooting for his next untitled flick directed by Durai Senthilkumar starring Sneha as the female lead. The actor is also waiting for the release of Enai Noki Paayum Thota for a long time now.