Comedies are difficult, black comedies are even tougher. For a dark comedy to click, it requires creative writing, inventive characterization, building situations, impeccable timing, and finding the right artists who can do it for you. Director Nelson Dilipkumar ticks all these boxes.

Winds of change have begun to blow in K-town lately. Actors who are known for showing keen interest in essaying mass action roles are beginning to show greater intent to do different characters. Characters that downplay giving a larger than life picture to the star. It is something actor Vijay Sethupathi has been doing ever since he ventured in to the industry. Earlier this year, we saw actor Vijay stepping in to such an approach. Now actor Sivakarthikeyan has joined the list with his latest black comedy drama Doctor. Director Nelson who made heads turn his way with his superb black comedy flick Kolamavu Kokila on his debut, has once again played to his strength. So, is Doctor solid enough to replicate the success that Kolamavu Kokila wrote to its name? To know that let us get in to the movie review. 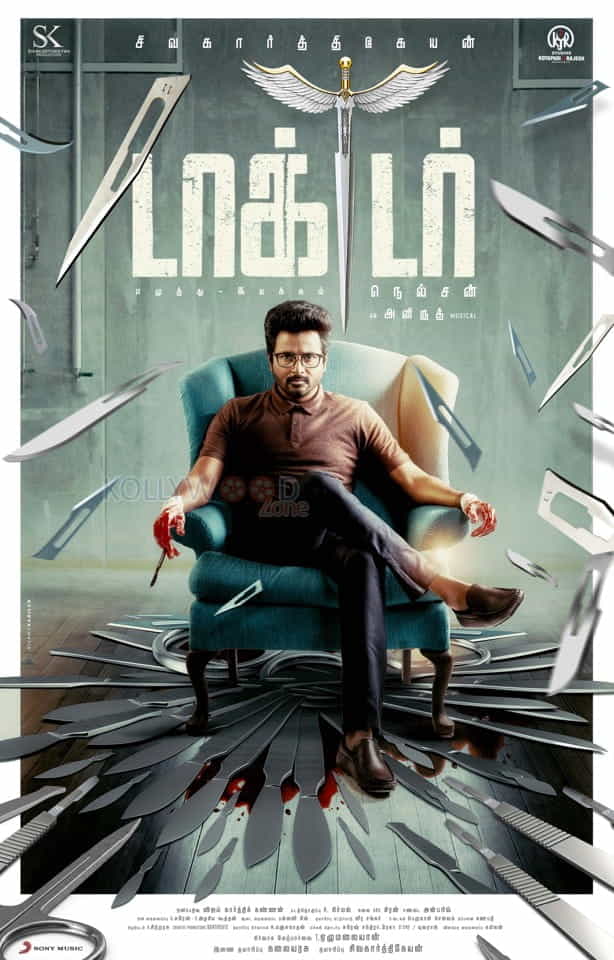 The entertainer follows the life of Varun (Sivakarthikeyan), an army surgeon. Varun is a man of reason and is ruthlessly pragmatic. When the flick opens, we see him treating a terrorist instead of an injured Indian soldier in a war zone. When a superior question about his choice, he calmly points out that the soldier is gravely injured and his survival is less likely. While saving the terrorist might result in gathering intelligence. Hence, his attempt to save the terrorist makes more sense. Director Nelson Dilipkumar establishes the trait of his lead character right away. This approach to life does not reward Varun in his relationship with Padmini (Priyanka Arul Mohan), his wife to be. She refuses to get in to wedlock with him. To reconcile the situation Varun decides to meet with her family. During his visit, Padmini’s niece gets abducted.

After initial investigation the cops form a theory that this could be a regular abduction case. At this point a true hero of Tamil cinema cannot leave things off to the police. He must take it up on himself and solve the case to earn appreciation from the cops in the end. Varun follows it to the T. He devises a plan to locate his fiancé’s niece. Then along with the family members, he brings together a team of people with miscellaneous skills to assist him. Up on further investigation, Varun and team comes to know that many girls have been kidnapped in the similar fashion and that a human trafficking mafia operating from Goa is behind this kidnapping string. Will Varun find his fiancé’s niece with the help of the team he assembled, and put himself back in the good books of his fiancé, is what makes the rest of the flick.

Comedies are difficult, black comedies are even tougher. For a dark comedy to click, it requires creative writing, inventive characterization, building situations, impeccable timing, and finding the right artists who can do it for you. Director Nelson Dilipkumar ticks all these boxes. He is getting better and comfortable in making dark comedies. His strength lies in the way he shapes his characters and writes his comedy. He cleverly sets up a situation and creatively exploits his characterization to the maximum making it unfeasible even for the toughest audience to stay grim. That is why he is so good at tailoring situational comedies. Another forte of him is his prowess to narrow down the right artist who can bring an authentic aura to the role.

What works well in Doctor is, it is not entirely depended on the lead character to unfold. We have interesting supporting characters hop in, in to the proceedings and carry forward the flick effectively. This kind of approach is a breath of fresh air in k-town. To experience this in the drama of an actor with a star power if even more refreshing. On the downside, the second half losses the comical vigor. Perhaps, one might feel so because of the expectations the film had set in the first half.

Varun is the most unique and interesting character that actor Sivakarthikeyan has essayed so far in his career. Going on non-stop like a lit firecracker is the Sivakarthikeyan we know. But Varun’s characterization is everything that he is not. He has superbly adapted to his character and has brought it to life. Unfortunately, actress Priyanka Arul Mohan’s character is struck in the regular pattern of Tamil cinema. She has nothing much to contribute to the plot. Actor Redin Kingsley has put on a show. Comedian Yogi Babu has regained his lost touch of comedy in Doctor. Actor Milind Soman is impressive as usual. Actor Vinay Rai’s antagonist role is not powerful enough yet he makes his presence felt. Comedians Deepa Shankar, Arun Alexander, Ilavarasu have all played their part well. The rest of the cast has delivered an equally good performance as the star actors.

On the technical front, as usual music director Anirudh Ravichander’s tracks have already entered the loop mode among his aficionados. He flaunts his evolution as a musician with his excellent background score which carries the flick throughout. Cinematographer Vijay Kartik Kannan has covered the entertainer from the best angles possible. Editor R. Nirmal has complimented the work of his colleague with his sharp cuts.

On the whole, director Nelson Dilipkumar, actor Sivakarthikeyan, and the team of comedians have ensured that Doctor carves a place for itself in the list of best black comedies of Tamil cinema.