Kolamavu Kokila is out and out Nayantara’s film. She carries the movie single-handedly. Yogi Babu brings the roof down whenever he is on the screen. Anirudh’s music is top-notch. However, the movie becomes a bit tiresome after a certain point. Overall the movie will take you by surprise.

After ‘Junga‘, we have another black comedy here this week with Kolamavu Kokila.  Once again it’s the Lady Super Star who carries the movie single-handed with many whistle-worthy moments. Kokila (Nayantara) is a lower-middle-class girl who lives happily with her father (RS Shivaji), Mother (Saranya Ponvanan), and sister.

Her father is a security guard who even discusses personal matters at the ATM where he works as a security guard. Her mother Saranya is a practical home maker who runs the entire house and finances everything. Her sister is a college student. When things run smooth, Kokila and her family receive a shock news that Saranya has Lung cancer and they need 15 Lakhs for the treatment. 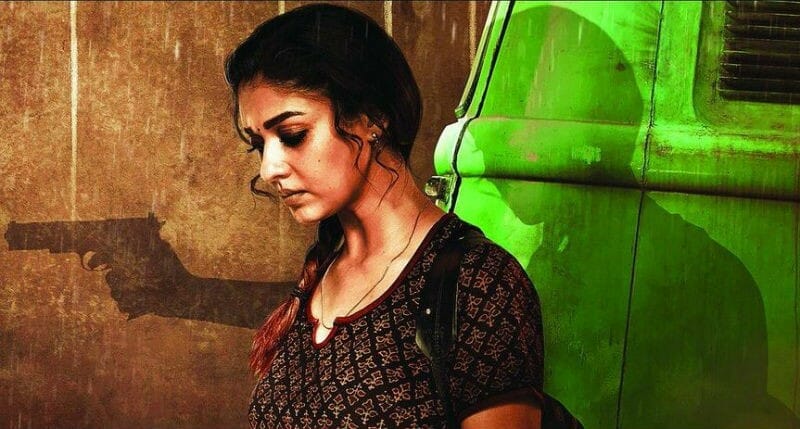 Kokila promises to her mother that she will earn the money which is required for the treatment. And to earn money, she enters the drug-peddling business and joins hands with the drug-peddlers. Did she get the money? Did she save her mother? All the answers have to be seen on the big screen.

Nayantara once again proves that she’s a Lady Super Star. The movie has slow-mo walks, lower angles, and so on. In fact, the whole movie is about women empowerment. There’s a particular scene where she asks a raise in salary and the response she gets from her senior and the way she hits back is just pure goosebumps.

Yogi Babu is in prime form and the bring the roofs down whenever he appears on the screen. However, the movie runs in a loop and makes the audience tired after a certain extent. In fact, the editing also goes haywire. However, the cinematography is top notch with the back-lit frames.

Anirudh’s music is the savior for this venture. His BGM has elevated the movie to the next level. The production values are too rich and there are absolutely no flaws with it.

Overall, Kolamavu Kokila will take you by surprise!