‘Ennul Aayiram‘ makes a gripping start with opening credits where we see some black and white shots of gun cocking, vehicles hastening in traffic, a woman running her fingers through her hair… The perfect start for a thriler. Hero Ashok has one night stand with a lonely married woman. But she is not the female lead. He later falls in love with another girl Suhasini.

There is another dark twist to the tale and that is what ‘Ennul Aayiram’ is about. There are lots of mysteries lying within Ashok. And the one night stand which he had haunts him back again. Debutante Krishna Kumar never tries anything too harsh and he sets off a simple tone. He has managed to keep it simple. The plot was good but the execution was so mediocre. 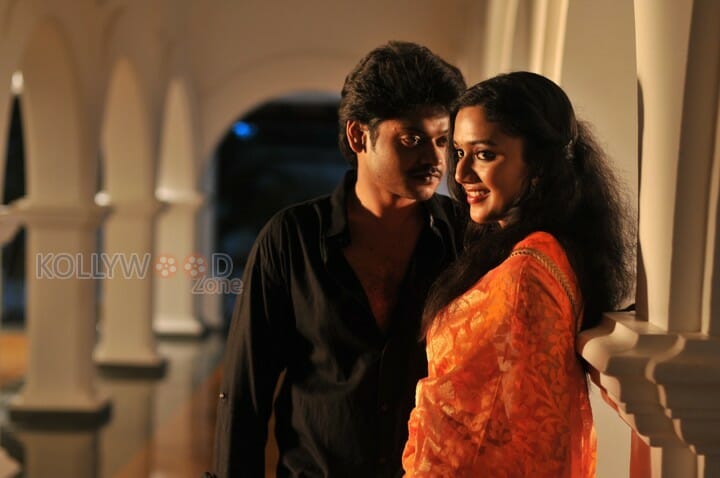 The movie also has overdosage of accidents. A cemetery worker gets killed in an accident. The lead actor himself gets into a speeding car. Also the director has intentionally placed the stereotypical action scenes and others. The hero intentionally slips drinks so that he can face some pawns. This could have been a decent low budget film if its executed on the right channel.

But it channelizes in wrong sense. Songs are of no use. Just like stunts, they are also stuffed unnecessarily. There’s a needless flashback in which the hero breaks down when his mother dies. So the director has used some cliche’s to prove his mettle.

There’s a needless item song too. So if the director has avoided those stereotypes, it would have been a boon for the debutante director. Also the casting was so weak. The lead actors could have been chosen in a better way.

Overall, a half baked thriller!