There is a fantastic experience in watching a tightly packed crime thriller. The edge of the seat moments, spin chilling portions, and the what, who, why at the end constitute for a quality two-hour entertainer. This is the reason why many Tamil film makers tend to drop their balls on the crime thriller genre. Debutant film maker Sharran Kumar has ventured in to k-town with the similar idea. Actor Bharath Srinivasan who has not had a single release in a long time is back on screens with his crime thriller Naduvan. The Kadhal star has not had a solid commercial success for years now. Is Naduvan solid enough to put him back on the winning horse? To know that let us get in to the movie review. 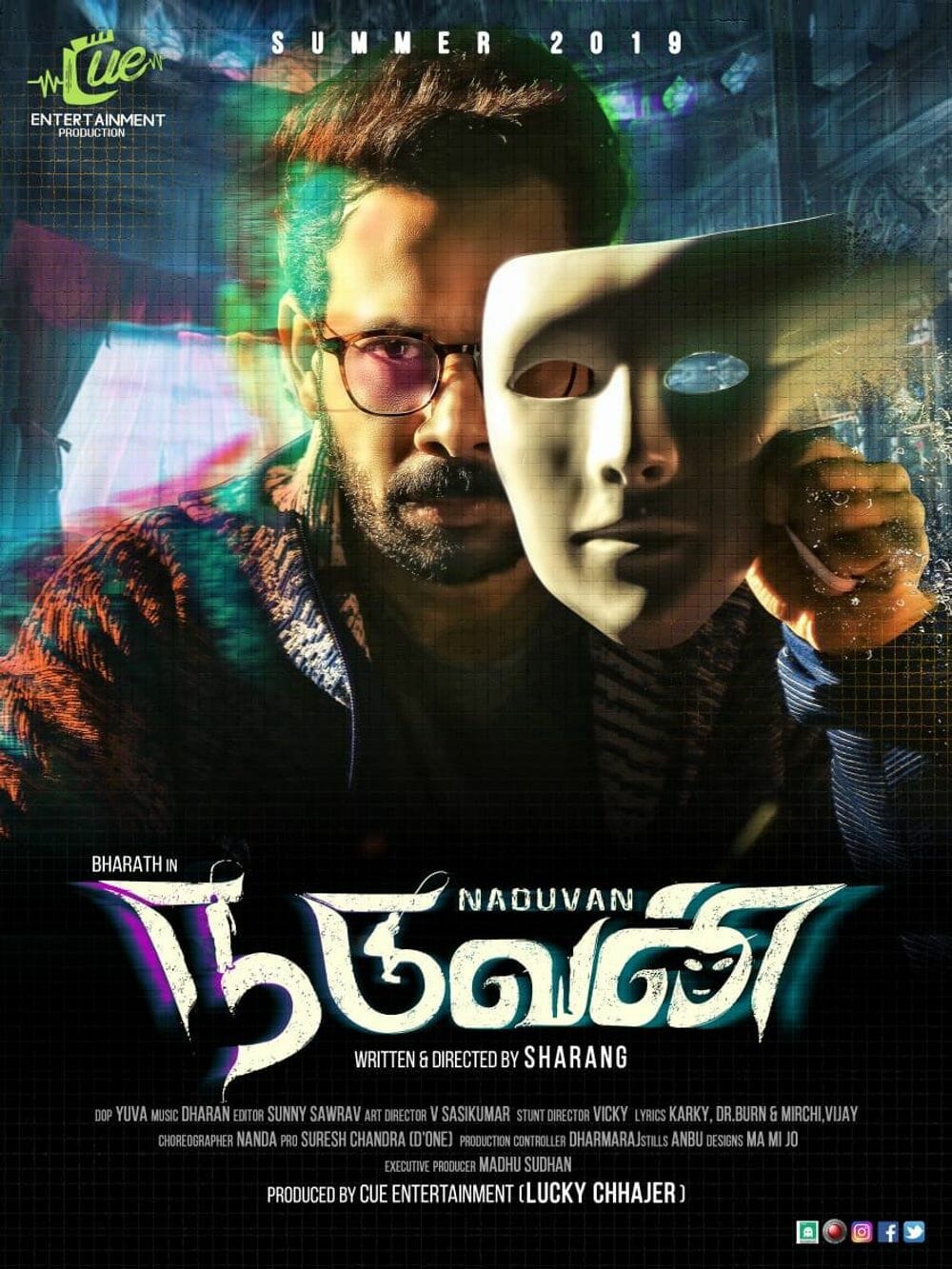 The flick follows the events that happen in a family. The drama opens with an aerial shot of a scenic location in Kodaikanal. A man who is out to take a leak stumble up on a dead body. Cut back to flashback, we are introduced to Karthik (Bharath), who leads a happy life with his wife Madhu (Aparna Vinod) and their daughter. He runs a tea business along with his friend Shiva (Gokul Anand). The business is doing well. Thanks to Karthik who keeps himself always busy with business stuffs. He does not spend much time with his family and that causes a rift between him and his wife. A common problem in most marriage turns disastrous when his upset wife gets distracted. Shiva uses her loneliness and lures her in to his trap. While Karthik slaves around, Shiva and Madhu play their game of pleasure behind his back.

Karthik takes a distant relative Guru (Aruvi Bala) as an employee in his company. He arranges for his lodging in his home. Within a few days after moving in to the house Guru discovers the ongoing affair between Shiva and Madhu. Before he could react, Shiva threatens to put him to death if he ever reveals it to Karthik. But unable to betray the man who helped him Guru pens a note to Karthik about the infidelity of his wife with Shiva. Afraid of what Shiva might do to him he quits his job and goes back to his hometown. Learning about the affair Karthik is dejected and enraged. Now all he wants is revenge and he waits for the right moment. Meanwhile, Guru gets embroiled in a murder case with his hometown. The cop (Yog Japee) handling the case demands a hefty sum to clear their names from the case. Guru along with his friends concocts a plan to rob Karthik’s house. Will Karthik survive the web of betrayals threaded around him and what sort of revenge is he planning on, is what makes the rest of the flick.

Debutant director Sharran Kumar opens his account in Tamil cinema with an outdated plot line – a husband seeks revenge on his cheating wife. Besides the film making aspects, seriously what convinces a producer to fund such a storyline? How do the story teller actually narrate this plot line to anyone? It is not the infidelity element that is at issue here, but how senselessly it is presented. Naduvan feels like a drama made by a director who got a free pass from the producer to make whatever the storyteller thinks would constitute for a film. There is not much effort in the writing department as well. For instance, when the director no longer can move the drama with the infidelity angle, he simply branches out a sub-plot of a heist which is in no way relevant to the plot.

Apart from actor Bharath Srinivasan’s characterization the rest of the characters have no such things as a character arc. Halfway through the flick, one cannot help but wonder whether the film was made from a written script or was it filmed out of whatever idea that came to mind on the shooting spot. The list of pointless crime thrillers in Tamil cinema is colossal. Naduvan is the latest addition to that list. The 90’s period of Tamil cinema had such kind of crime thrillers coming in. Naduvan should have hit the screens in the 90’s. Since it is 3 decades late, it is damn out of trend.

One has no reservations on actor Bharath Srinivasan’s ability to portray a character. But for some reasons he seems to struggle with his character in this flick. Despite bagging a role that had scope to perform, he has missed out on the opportunity to showcase his acting prowess one more time. Actress Aparna Vinod overperforms her part as a wife in an extramarital affair. Actor Gokul Anand’s performance seems forced and artificial. Actor Aruvi Bala has delivered a decent performance. The rest of the cast has poorly performed.

On the technical front, music director Dharan Kumar does not add value to the flick both in terms of songs and background score. Cinematographer Yuvaraj has covered the flick in the best way possible. For a thriller film editor Sunny Sawrav could have been better with his scissors.

On the whole, Naduvan loses stream even before it begins and easily falls in to the list of films that you would not worry for having missed them.