When speaking about Capmaari and why he reversed his decision to retire which he had announced earlier, and returned to directing, S. A. Chandrasekar stated that he finds the youths of this generation struggling with handling their relationships and that he wanted to deliver a message heavy film for the youngsters on how to deal with their relationships. But when you sit through Capmaari one actually does not feel any difference between it and the adult entertainer Iruttu Arayil Murattu Kuthu. In fact Iruttu Arayil Murattu Kuthu now seems like less an adult entertainer when compared to Capmarri. At least they advertised the film as adult drama and we know what we were up to. Though, Capmaari partially revealed what it has got under its sleeves in its trailer, the name S. A. Chandrasekhar who gave Tamil cinema social centric films such as Sattam Oru Iruttarai, Naan Sigappu Manithan, and Neethiyin Marupakkam, in the director’s card made us think otherwise. But right at the very beginning of the film all we realize is that we have been fooled. 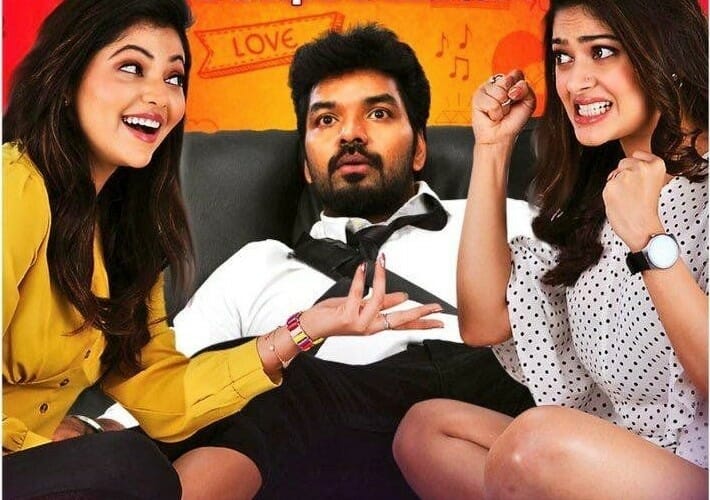 Jai (Jai) is a happy go lucky youngster who has a weakness for beer. He works in an IT company and besides that he gulps down liters of beer. On one occasion he travels on train in the AC coach and as part of his regular routine he guzzles down a few bottles of beer. He meets Jenny (Vaibhavi Shandilya) who happens to be his only co passenger; it is almost 2020 still film makers of Tamil cinema are very hesitant to base this script on at least some level of ground reality, whatever. The duo first begins a conversation then gradually drinks beer together. When the booze takes effect you know what is coming. Jai slowly pushes one of the horrible pick up lines of Tamil cinema, ‘Neengalum Hotu Chennaiyum Hotu.’ And yes, you guessed it right, they end up having sex. Again only in Tamil cinema can a guy have his way with a woman even with such a bad pick up line.

With no emotional connect, they part ways the next morning. Then we get to witness the regular routine of Jai at his workspace. It is when we are introduced to Varsha (Athulya Ravi) who openly flirts with Jai and desperately throws herself at him; we have no clue as to what characteristic trait in Jai got her so much interested in him. Meanwhile, after few months Jai and Jenny meet again. In bizarre turn of events the duo decides to get married. Even after knowing that Jai is married now, Varsha goes after jai. One night when Jai drops her at her home she lures him inside her house and gives him a couple of beer. Yes, again you guessed it right. She beds him and gets pregnant by the one night stand. Later, she enters the lives of Jai and Jenny, literally by moving in to their house. Now, Jai has to deal with the two women in his life that are refusing to give up on him as they claim to be in love with him. How will Jai handle them, will they continue to live together, is what makes the crux of the movie.

Capmaari is the perfect example of what the film makers of Tamil cinema must not do while crafting their script. There are films which even when they are poorly made will be clear in their intentions of what they wanted to deliver. Let us take Iruttu Arayil Murattu Kuthu for instant, though it was a downright crap it was clear in its intention that it was going to be an adult entertainer without any forced message at the end. But Capmaari lacks it, it wants to be a complex romantic drama, then it delivers a coerced message at the end that alcohol is injuries to health. Just like how the caution message is written on the alcohol bottle.

If there is one positive about Capmaari it is actor Jai’s performance. He has been outstanding throughout the flick he makes us feel that he is an expert at being a reckless drunkard who makes slapdash decisions in life. Clearly both the female characters have been brought on board to fit the glamorous role that has been tailored for them. Apart from the skin show both of them are a total misfit for the role. Siddarth Vipin, Sathyan, and Devadarshini are in to throw the lewd double entendres at the audience. The rest of the cast has been more than adequate for a flick such as this.

On the technical front, seems like cinematographers Sathish Krishnan and Noble Paul have had a clear cut instruction to focus on the legs of the lead heroines than their face. Musician Siddarth Vipin’s way of conveying double entendres is by having a moaning background score as if we are not adult enough to know an adult joke when we hear one.

On the whole, Capmaari is an aimless shocker entertainer made by a film maker who had a decent track record in the past.

The review is to hard on a film with excellent screenplay and story, it’s your perception on Mr. Chandrashekar, it’s a fantastic entertainer from my point of view, one thing I learnt from your review, blindly we should not go with your rating, being a reviewer you should change your perception very very much, more over am not a fan of Jai nor Chandrashekar ?