Almost every film that is made in Tamil cinema carries some sort of message, forced or sincere. While most of them fizzle out, few of them rattles us and leave a lasting bearing on us. Seththumaan by debutant film maker Tamizh is one such flick. The film deals with how people from the oppressed caste are perceived by those who consider themselves privileged, and how they are still being blatantly ill-treated in rural parts of India in every aspect of their life. Director Ranjith’s Neelam Productions has funded the project. Actors Manikkam and Ashwin Shiva have played a vital part in the flick. So, how has the entertainer come out? Is Seththumaan impressive enough to upkeep the reputation of producer Ranjith who is known for bankrolling pragmatic societal dramas? To know that let us get into the movie review. 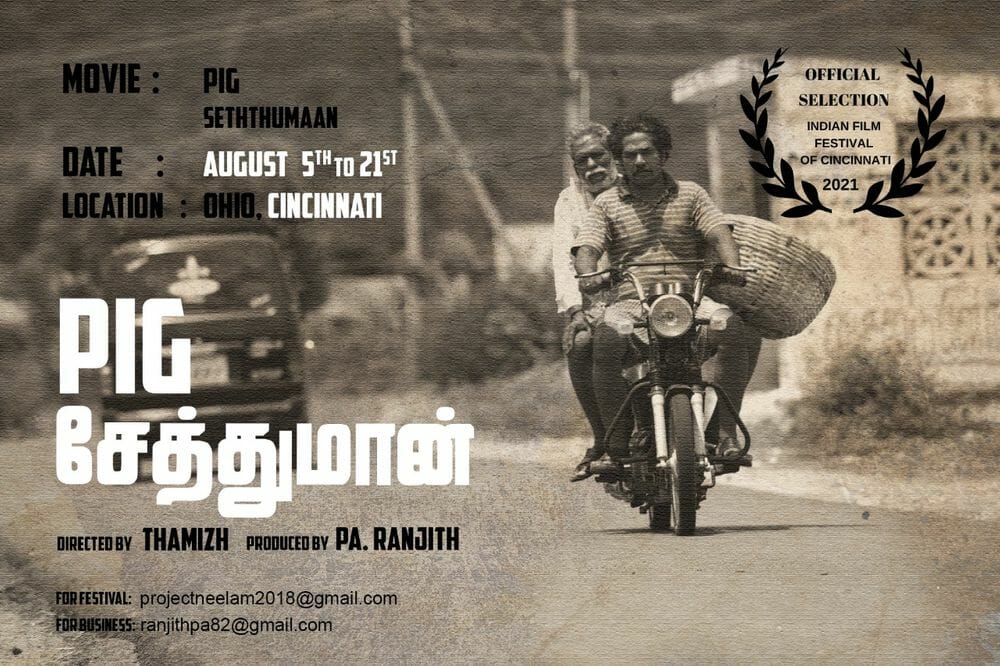 The film follows the life of an aged man Poochiyappa (Manikkam), who hails from the oppressed caste. He is adept in basket making. But that does not afford him enough to have a decent living. He lives in a small hut, with his grandson Kumaresan (Ashwin Shiva), nearly a mile outside of the village which is occupied by people from the oppressed community. Poochiyappa takes up the responsibility to take care of Kumaresan after a caste-based riot involving meat politics claims the lives of his parents. All Poochiyappa expects out of his life is to educate his grandson at any cost. He is so determined on his cause that he walks a mile and back every day to get Kumaresan to school and home. Tired of having to walk miles every day, Kumaresan starts to nag his grandfather on why they are living so far away from the central village. Despite knowing the reason for it Poochiyappa does not give it to him. But keeps telling him to study well and get to a respectable position in life.

After battling with discrimination throughout his life and losing his dear ones to it, Poochiyappa has come to accept that he has to live with discrimination. But he would never want such a life for his grandchild. And so is his willingness to sacrifice his own self to give the essential liberty to his grandson. Poochiyappa does some odd jobs in the house of his landlord Vellaiyan, whose wife not only exploits his labor but often mock him because of his caste and treat him disrespectfully. Despite that Poochiyappa has nothing but reverence to the family. He gets a little relief in Vellaiyan’s speck of empathy to him. Vellaiyan has a long-standing craving to consume pork meat. But since the meat is pegged to the cuisine of lower caste, he shows hesitance to even say it out loud. However, an opportunity presents and pork is cooked. Surprisingly, it brings unexpected faces to the party. Will the party solve the discrimination in the village, and will Poochiyappa succeed in his endeavor to educate his grandson, is what makes the rest of the flick.

Seththumaan at every turn keeps reminding us of its maker Tamizh’s fine hold on his craft and politics. Simply the title, voices the caliber of the film maker. Seththumaan (pig), symbolizes the food at the bottom of the food chain as it exists in the gutters. With just the title, Tamizh displays his clarity on the politics he is about to make his film talk about. He explores the relation between the food and the caste with nuances and razor share dialogues. There is not really any heavy pulling at any point in the film, but even a subtle nudge is sharp and hard-hitting. For instance, be it Kumaresan asking Poochiyappa why they have to live far from the village, a character asking the tea shop owner to serve tea in the same glass for everyone, the constant reminder of the candidacy of president Ramnath Govind pointing at how the lives of underprivileged is actually is, and how it is painted to the urban crowd, and so on. The entire film is packed with such nuances.

What makes Seththumaan even interesting is none of its characters is written shallow. Everybody has a purpose to serve in the world that writer Perumal Murugan and director Tamizh intends to build. Seththumaan breathes details. At no point do they use sentiments to extract cheap empathy out of us. Instead, they present a clear picture of the lives of people who exhibit immense strength, and carry-on living even after being deprived of their basic human rights. Seththumaan does stand for a solid social drama, and leaves us with many questions to which we have to look for answers to.

Actor Manikkam is an apt choice to play Poochiyappa. He holds the film together comfortably. Child artist Ashwin Shiva seems like a great find for Tamil cinema. He has got under the skin of Kumaresan. Credit to director Tamizh for extracting such a performance from a child artist. Actor Prasanna does justice to his role. Actress Savithri lives up to her part. Actor Arul Kumar is effective. The rest of the cast has delivered what was asked of them.

On the technical front, music director Pratheep Kaliraja’s background score adds value to the flick. It aids in setting the mood of the film. Cinematographer Bindu Malini has done a fine job covering the entertainer capturing the raw emotions. Editor C. S. Prem Kumar has complimented the work of his colleague with his sharp trims.

On the whole, with Seththumaan director Tamizh meticulously dissects and displays what is it like to be a person from the oppressed caste in rural parts of India even today without getting theatrical and with authenticity.

Seththumaan is available for streaming on SonyLIV OTT platform.

Vishnu Vishal And Director Ram Kumar’s Ratsasan To Get A Sequel!