From time to time there comes a project that has a lesser-known concept or a medical condition as its central driver. Directors deploy them as a ploy to get the attention of the audience. With Ranga director Vinod D. L attempts something of that sort. The film is about a newly married couple who on their honeymoon learn about an illegal activity happening in the hotel that they are staying in, and how they survive a wicked criminal perpetrating the crime as he comes after them. Actor Sibi Sathyaraj who was last seen in the neo noir thriller Kabadadaari is back on screens with his survival drama Ranga. Actress Nikhila Vimal has essayed the female lead part in the flick. So, how has the drama come out? Is it solid enough to catapult actor Sibi Sathyaraj as a bankable lead hero in Tamil cinema once again? To know that let us get into the movie review. 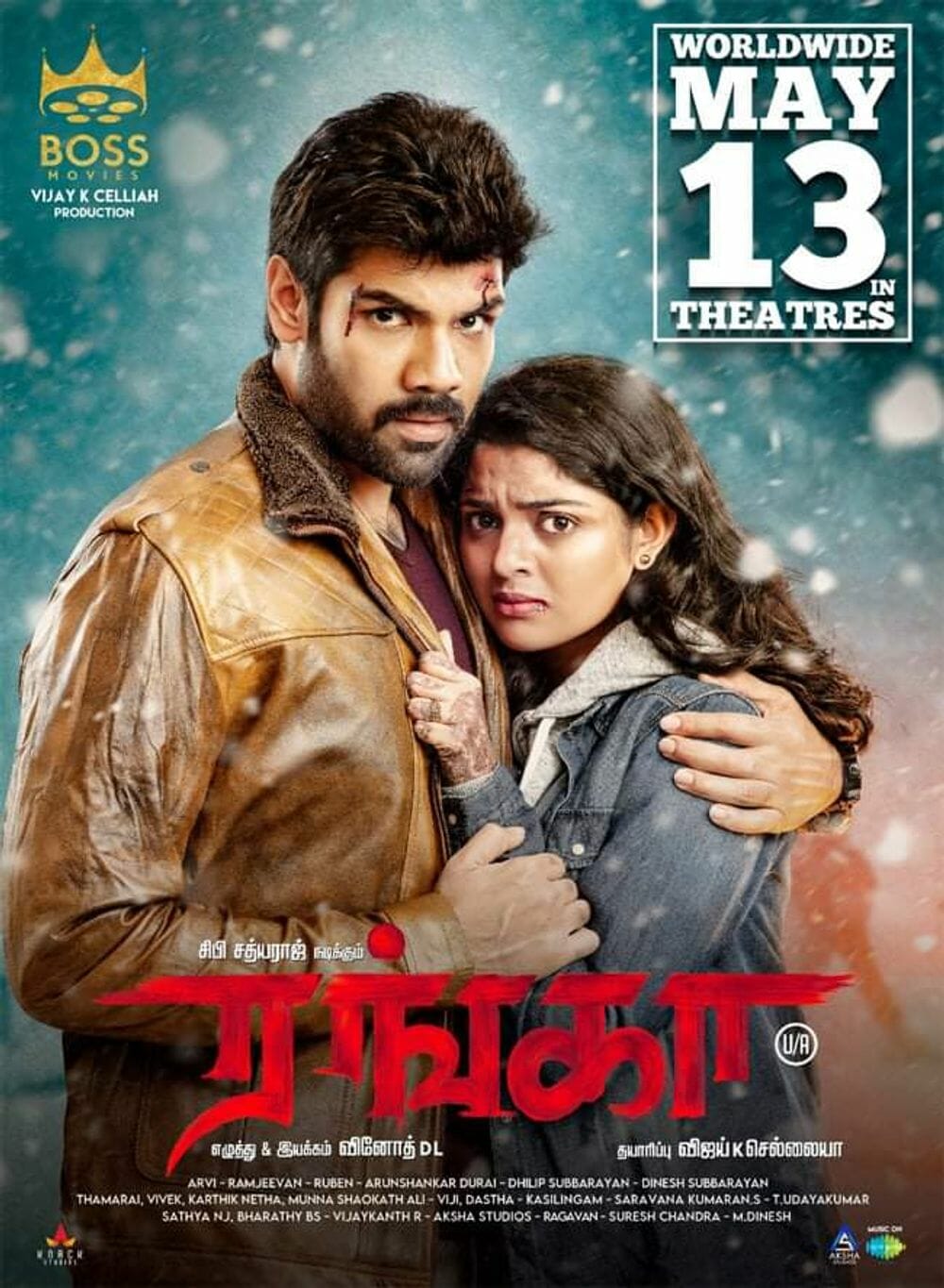 The film follows the life of Adhithya (Sibi Sathyaraj), a young man with AHS (Alien hand syndrome) disorder. It is sort of like his hand has a brain on its own and acts beyond his control. He tries to keep it under his control by holding on to a smiley ball. His life becomes abnormal due to the condition. He is in love with his childhood sweetheart Abirami (Nikhila Vimal) who also reciprocates his love. The duo desires to start a family of their own. They decide to get married. But realizing that her parents will not accept Adhithya as her partner citing his disorder, Abirami decides to hide the fact to get married to him. After their wedding, the couple leave for Manali to celebrate their honeymoon. They arrive at a hotel and settle in their room.

Adhithya begins to feel that something is off about the hotel. It does not take him long to discover that the hotel management is secretly videotaping the intimate moments of their clients and is uploading them online to make money out of it. Adhithya learns that the hotel owner himself has a hand in it. Realizing that Adhithya has figured out his illegal operations, the hotel owner plans to kill both Adhithya and his wife. With the condition he has, will Adhithya be able to safeguard his wife, and will he be able to put on a fight against the villain, is what makes the rest of the flick.

A person with the Alien hand syndrome having to put on a fight for his survival might seem interesting on paper. But what we get in the visual medium does not live up to the expectations it engineered while on paper. Ranga had an opportunity to be a dark comedy but for some reasons director Vinod D. L has abandoned that idea. But he is not happy with completely giving up on comedy as well. So, he moves the first half of the flick in comical tone, and in the second half shifts to a survival drama. The thing is even there is a problem with the perception of comedy. Director Vinod D. L deploys a double entendre of bad taste in the pretext of comedy. Sample this, director Vinod D. L’s idea of comedy is making actor Manobala address aged women with the name of the leading ladies of today.

Ranga is mainly pulled down by its effortless writing. There is no chemistry between the lead characters, most characters in the film have no real purpose, and what was supposed to be worth a short film has been dragged and dragged to be made as a full-length feature film. Actress Nikhila Vimal comes throughout the narration. But her part is shaped so badly that she has only minuscule bearing on moving the plot. The only portion that holds our attention for a time period is the parallel that director Vinod D. L draws between his lead character and the ancient king Ranga Arasudaiyan who also suffered from similar syndrome. But then, again the writing gets sloppy and Ranga deflects us from the proceedings.

Actor Sibi Sathyaraj has scored as an actor. He is convincing as Adhithya. He shines in the portions where he is trying to handle his medical condition. Actress Nikhila Vimal does not have much to offer to the proceedings. Nonetheless, she has done justice to her part. Actor Mohnish Raheja struggles to make an impact as an antagonist. Actor Sathish manages to sell his part but has a lot of room to improve. Actress Renuka is adequate. Comedians Shah Ra, Manobala, and Swaminathan provide comical relief inconsistently. The rest of the cast has delivered what was asked of them.

On the technical front, music director Ramjeevan’s tracks are not great but are not bad either. He adds value to the film with his edgy background score that aids in setting the tone of the thrilling moments. Cinematographer Arvi has done a decent job covering the flick. His frames have captured the scenic nature of Manali. Editor Ruben yet again proves that he knows how to handle his scissors efficiently.

On the whole, director Vinod D. L has ideas but falls a little short in craft to handle the transition of them to the visual medium.