Dora is a horror thriller movie is directed by Doss Ramaswamy and produced by A. Sargunam on behalf of Sargunam Cinemas. The movie features gorgeous Nayanthara in lead role. Actors like Thambi Ramaiah, Harish Uthaman and Sulile Kumar have acted in supporting roles. The movie is composed by Vivek Siva Mervin Solomon. Dinesh Krishnan had looked after the cinematography work. 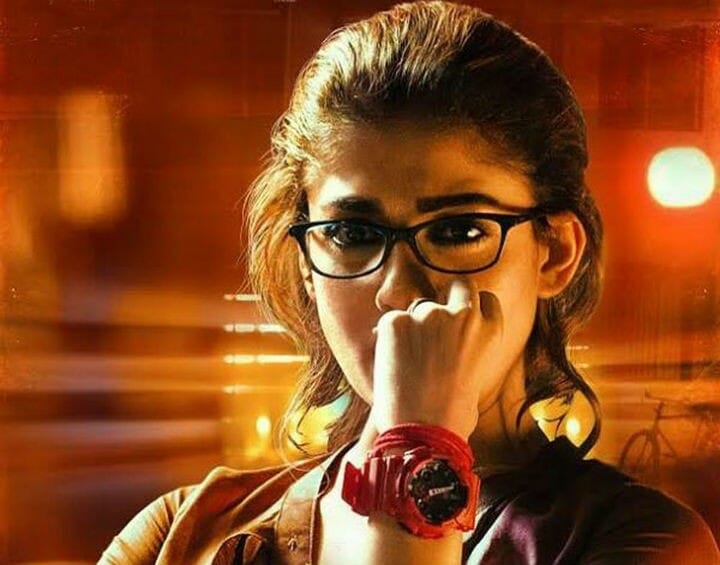 Gopi Krishna has done the editing part for this horror thriller movie Dora. The movie was distributed by Nemichand Jhabak. Nayanthara had acted in the character name Pavalakkodi. Thambi Ramaiah had acted as the call taxi driver and as Pavalakkodi’s father and Harish Uthaman as a Police Officer. Harish Uthaman had appreciated Nayanthara for her patience and commitment during shooting for the movie.

The movie’s teaser and trailer which were released earlier had received good feedback from many. A car had also played equal role in the movie as to that of Nayanthara. The background scoring will threaten the audience to a greater extent. Nayanthara had stunned everyone by her superb poses and phenomenal performances.

The movie can be given three stars out of five for the way the movie is made and Nayanthara’s outstanding performance is the highlight of the movie. The movie will entertain the audience with thrilling experience and with terrific background scoring. Watch the movie for seeing Nayanthara’s expressions and outstanding performances. Have a great weekend friends by watching Dora.

Overall, This ‘Dora’ may scare you!