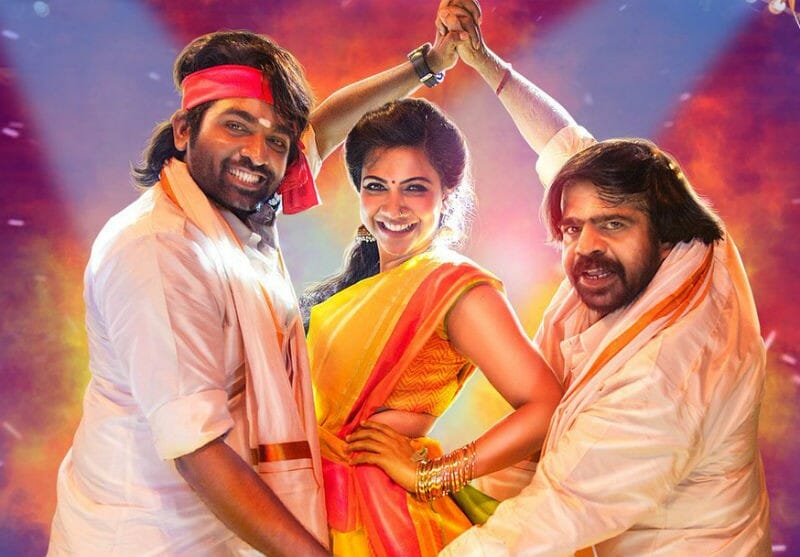 The editing part and the cinematography work was looked after by Anthony and Abhinandan Ramanujam. Vijay Sethupathy had acted as Tilak, Madonna Sebastian as Anjali, T Rajendar as Thirunavukkarasar. KV Anand’s previous release Anegan had touched hearts of Dhanush’s fans and currently he had joined hands with Vijay Sethupathy for this mega budgeted movie.

T Rajendar had acted in important role and he had made his entry after a gap of eight years. Madonna Sebastian is pairing Vijay Sethupathy and their chemistry is good. Akashdeep Saigal was last seen in Ayan as the villain is playing key role in the movie. Hiphop Tamizha had joined hands with KV Anand for the first time through the movie. His music composition is rocking and will excite audience to a greater extent.

The film deals with unethical media practices, TRP-driven shows and facts are distorted by a section of the media and the story behind the reality shows.

Vijay Sethupathy’s style of acting has separate fan bases and he had acted in his usual style. His scenes with T Rajendar are bit boring and the songs are the plus for the movie. Songs like Boomerang, Happy New Year and Oxygen are good to hear. Madonna Sebastian’s costume looks good and she had done a decent job in the movie.

Akashdeep Saigal’s style will attract many. The director had chosen the title Kavan which means catapult. T Rajendar’s rhyming dialogues will be a treat for many. The hero is in search of aiming his target and so it was best suited for the story. The movie can be given three stars out of five for its making and production. The editing part is bit lengthy and that is the only minus for the movie.

Overall, The Dark Side of Media circus gets spotlight.