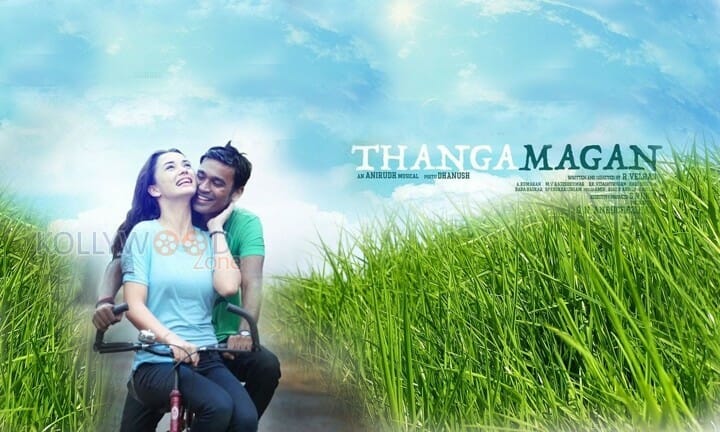 How he overcome all barricades form the rest of the story. The story is also the same just like the olden movies and the screenplay is also predictable. How long Dhanush is going to do the same old role ? May be another ten times ? But still we won’t get bored. That is the beauty of his acting. He carries the movie single handedly. What an energetic performance has he done. He takes the momentum with all zeal. Why on earth, Amy Jackson was selected ? She looks alienated. The actress is unable to emote properly.

Most of the scenes she is stone faced. The only good thing is, Andrea’s voice on Amy Jackson. Amy is gorgeous. But that alone is not enough to be an actress. Now as she has bagged the most prestigious ‘2.O’ she has to evolve soon as an actress. Samantha has a complete changeover. After a disastrous ’10 Endrathukulla’ she has made a solid come back.

Her performance was top notch. The movie clearly has ‘VIP’ template. If it is mother Saranya who dies in VIP, it is father K.S.Ravikumar who dies here. Just like a hapless villain, here also we have another weak villain. But in VIP we had some extra ordinary music. Here the songs are pretty ordinary. The production values are not so great. Most of the movie was shot in three buildings.  Nothing to brag about cinematography and editing. The second half struggles a lot with slow pace. And that spoils the party.