Rangoon is a action crime drama movie which is written and directed by Rajkummar Periyasamy and produced by Kollywood industry’s leading director AR Murugadoss, under the banner AR Murugadoss Production Company and Fox Star Studios. The movie features Gautam Karthick and Sana Makbul in leading role and 8 Thottaakkal fame Lallu in important role in the movie. 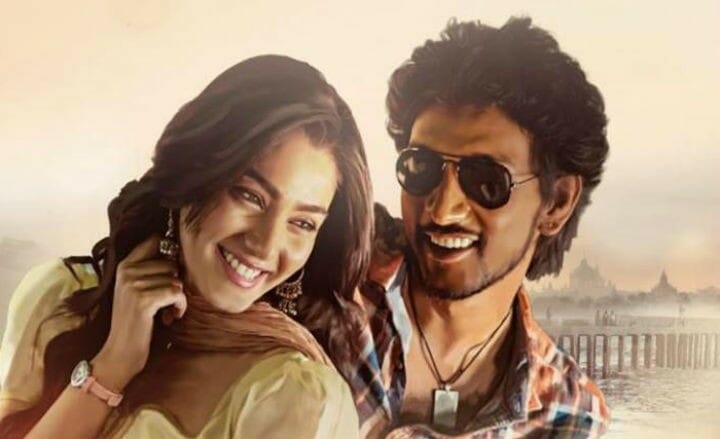 The movie’s music is composed by newcomer Vikram RH and the background scoring was made by Vishal Chandrasekhar. Actors like Siddique, Daniel Annie Pope and Prashanth Nair have acted in supporting roles for this action crime drama movie Rangoon.

The cinematography work was made by Anish Tharun Kumar. The editing part was shared by Prasanna GK and Vijay Venkatramanan. Previously Anirudh Ravichander was booked as the music director for the movie, but later the chance was given to Vikram RH. This new music director had previously assisted GV Prakash Kumar.

Major part of the shooting was shot in Chennai and few at Myanmar. Gautam Karthick after a break had acted in the movie. His movies haven’t run successfully and did not make good collections for the box office. The action scenes should have been made with more force. Few scenes are bit lengthy and makes the audience restless.

The background scoring is made very well by Vishal Chandrasekhar. This action based movie will entertain you this weekend. Watch the movie only in the big screen to avoid piracy. Gautam Karthick had acted well and many are anticipating that the movie will be a turning point to his career.

Overall, ‘Rangoon’ travels in same old path, but the narration is special.