What happens to a person that is struck and clueless in life, when they get support to hold on to? Kathir seeks to give us the answer to this question. The story of the film is about an unemployed engineering graduate who gets the friendship of a mature woman that changes his life for the good. Debutant actor Venkatesh Appadurai plays the lead role. Malayalam actress Rajini Chandy has essayed a vital role in the film. Debutant story teller Dhinesh Palanivel has directed the flick. So, how has the entertainer come out? Is it solid enough to cast actor Venkatesh Appadurai as a bankable lead hero in Tamil cinema, and will it be a memorable debut for director Dhinesh Palanivel? To know that let us get into the movie review. 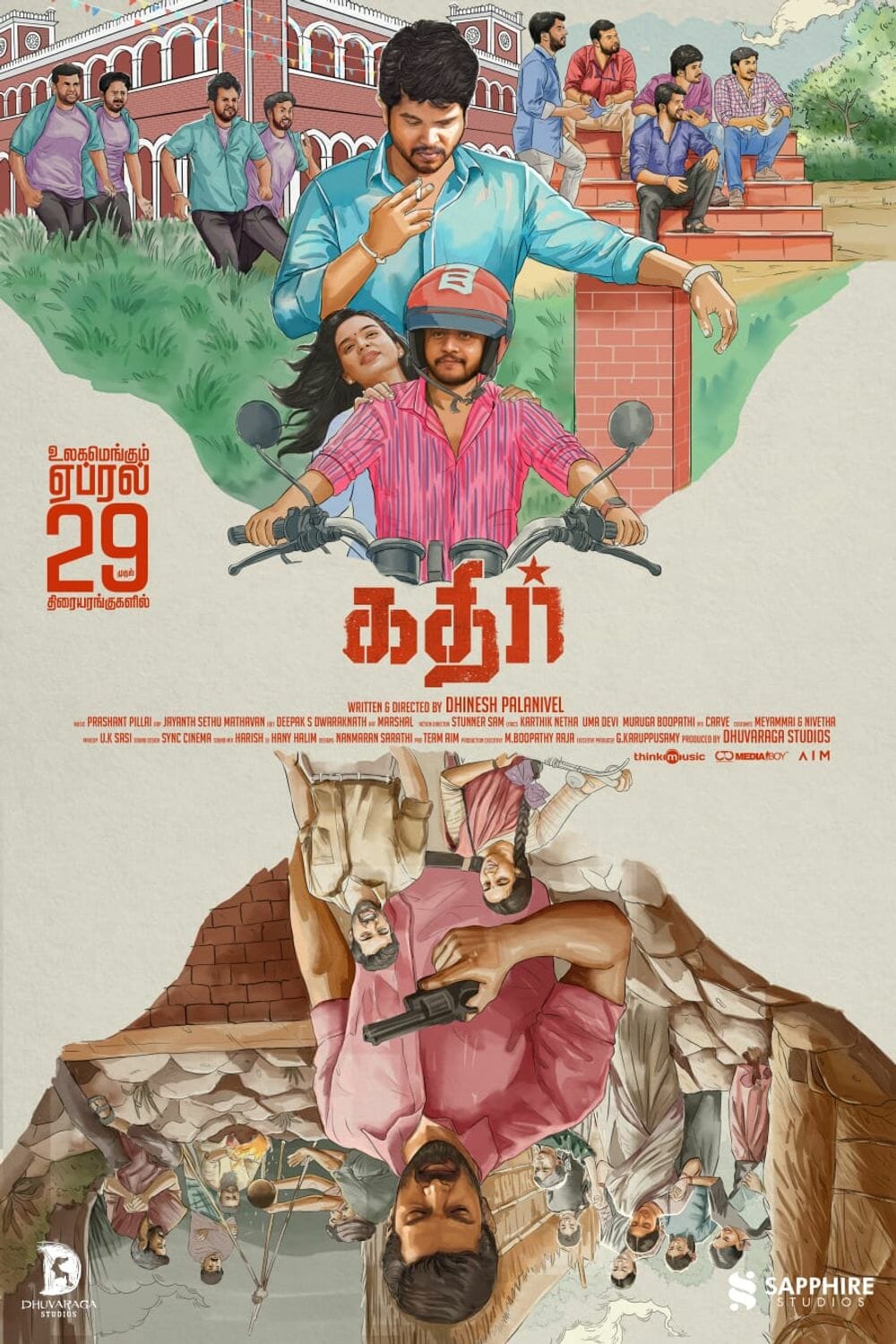 The movie follows the life of Kathir (Venkatesh Appadurai), a carefree unemployed engineering graduate who struggles to cope with life’s reality. Kathir is in love with his collegemate (Bhavya Trikha). But unfortunately, things become sour between them. Eventually, they break up. After completing his degree Kathir returns to his native. He has a difficult relationship with his father. To add fuel to the fire, he begins to spend his time lethargically by coming around with his friends. This irks his father and he rebukes him. Raged Kathir leaves town and moves to Chennai to make a living. He stays with his friend and keeps attending interviews to secure a job. But his lack of fluency with the English language becomes a serious barrier. With too many rejections on the card, Kathir gets dejected. That is when he forms a friendship with his house owner Savithri (Rajini Chandy), an elderly widow.

Initially, Savithri is annoyed by Kathir’s reckless attitude to life. But gradually, they form a good rapport. Kathir tells her about his college life and his love story. And feels that life has always been unfair to him. In return, Savithri shares her inspiring life story with him. We have a flashback portion, where we are told about the inspiring life of Savithri after the demise of her husband (Santhosh Prathap). Kathir takes inspiration from Savithri’s life. For her turn, Savithri promises to aid him to get on his feet. In an unfortunate turn of events, Kathir’s close friend passes away which forces him to go back to his hometown. Upon arrival to his town, he reflects on Savithri’s life. What Kathir choses to do in his life, and will he be able to stand on his own leg, is what makes the rest of the flick.

It is hard to ditch the mass commercial culture and even think of doing something different from it in Tamil cinema. Director Dhinesh Palanivel, to an extent, deserves credit for having taken a shot to deliver something fresh. Hardly we get a drama that with a touch of reality attempts to explore human emotions and life. To be able to do that, storyteller Dhinesh Palanivel shapes a naive young character that gets a grip in life into a mature character that is at the end of its life’s journey. Kathir in a way is sort of a coming-of-age drama. It has the lead character’s college life, relationship, break up, discounting responsibilities, a youngster’s desperation to break free from under his father’s wings, his struggle to make a living, and his moment of revelation. There are so many ideas but little effort to effectively pen them to bring out the full essence of them. Every idea is abandoned after a brief session.

For instance, we do not get much details about Kathir’s relationship with his father, or either of his relationship with his girlfriend to strike a connection with him. They are just brief moments on the go. Filmmaker Dhinesh Palanivel wants his film to be a feel-good life drama while also carrying an imperative message. What is so central for a message at present in Tamil cinema? Yep, farming it is. The second half of the drama, for its most parts, is completely dedicated to agricultural discussions. But the consoling part is that there is not a lecture or a dramatic solution that solves every problem instantly in the agricultural sector. Rather Dhinesh Palanivel’s makes an effort to seek a pragmatic means to deal with the problems. However, he could not sell it convincingly. Then on, the entertainer that has been slowly losing its stream, shifts gears and goes for a free fall.

Debutant Venkatesh Appadurai is functional as Kathir. But still has a long ground to cover to be able to shoulder a film on his own. Actress Rajini Chandy has done a fine job. She is effective as usual. Actor Santhosh Prathap serves his purpose in an extended cameo appearance. Actress Bhavya Trikha does not have much to offer to the proceedings. Nonetheless, she does justice to her part. Actor Arya Ramesh is adequate. The rest of the cast has delivered what was asked of them.

On the technical front, surprisingly the flick has a strong technical unit for a small budget drama. Music director Prashant Pillai’s songs are enjoyable. Even he adds value with his background score. Cinematographer Jayanth Sethu Mathavan has covered the movie in the best ways possible. His visuals are flamboyant. Editor Deepak S Dwaraknath has complimented the work of his colleague with his fine trims.

On the whole, with a proper writer on board, debutant Venkatesh Appadurai’s Kathir would have been a profound watch.