99 Songs has undergone a long journey of nearly a decade before it hit the screens. Musician A. R. Rahman shows us his different façade in this flick. In 2011, academy award winner A. R. Rahman generated massive expectations amongst his admirers when he announced that he has penned a story for a film. Of course, it is music based entertainer aiming to emphasis the significance of music in the world. It is about a challenge that a young man sets out to accomplish for the love of his life through his music. A. R. Rahman has composed the music for the movie while he has brought director Vishwesh Krishnamoorthy on board to helm the drama. So has the film got its musical notes right? To know that let us get in to the movie review. 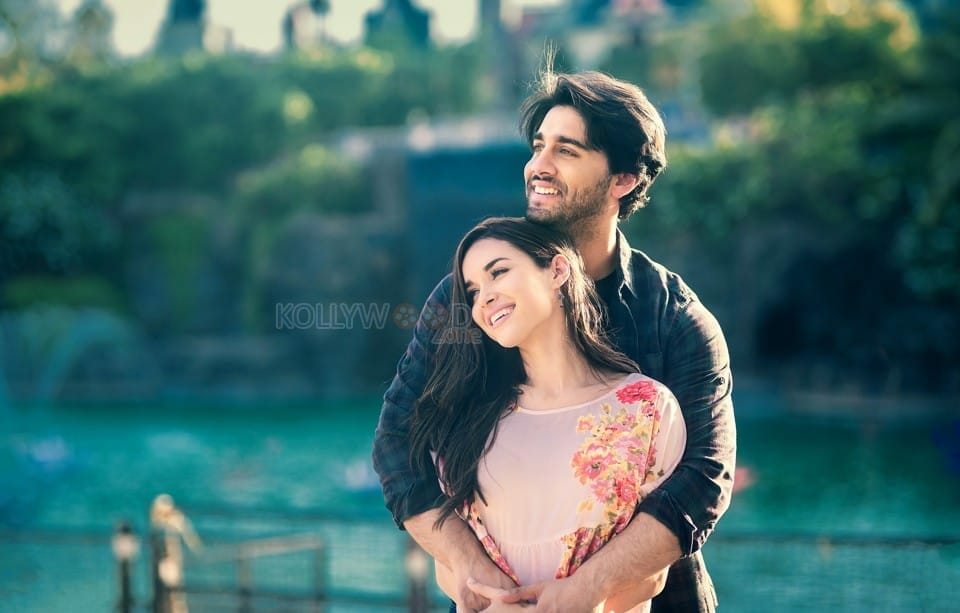 The film follows the life of Jay (Ehan Bhat), a talented budding musician and singer aspiring to make it big in the music industry. His father does not believe in his dreams and is someone who abhors music. But Jay could not give up on what his heart longs for and pursues music despite his father’s aversion. He is in love with Sophia Singhania (Edilsy Vargas), a speaking impaired woman with a flair for painting. She also reciprocates Jay’s feelings. When Sophia’s father Sanjay Singhania (Ranjit Barot), a rich businessman comes to know about his daughter’s love, he has a conversation with Jay. Even he does not believe in the dreams that Jay has. When Jay refuses to relinquish his dream, Sanjay sets forth a challenge to him. Jay must compose one hundred songs if he wants to marry his daughter. Without thinking twice Jay accepts the challenge.

In order to learn different music styles and set the mood for composing 100 songs Jay makes a journey to his close friend Polo’s (Tenzin Dalha) hometown Shillong – the rock capital of India – in Meghalaya. There he meets with local musicians and musicians from all over the country. Each person he comes across teaches Jay something that they are well versed in. While learning from their experience, Jay concomitantly begins to compose his songs. Will Jay successfully compose 100 songs to win Sophia’s hand in marriage and the struggle that he has to endure to do that, is what makes the rest of the story.

Music indeed has the power to heal and stimulate a calming effect in a person. It is that magic of music that writer A. R. Rahman desires to capture. But unfortunately his style of writing does not support his cause. The story might seem interesting on paper but what we get on screen is a complete superficial drama. The means, through which the protagonist achieves his objective are hard to buy and ends up being the reason for not luring in the audience in to the flow of the film. Initially, the entertainer was centered on a love story around which the significant of music was intended to be explored. But the love story aspect with which A. R. Rahman tries to narrate the power of music is forgotten once Jay takes up the quest to compose 100 songs.

99 Songs is not only a tale of love and music but is also a saga of a beautiful friendship. In fact, it is only fair to call it a solid friendship film rather than a romance drama as the love factor takes back paddle after a point. Musician A. R. Rahman as a writer has made efforts to break certain prejudices held against musicians. There is a general perception that musicians are either alcoholics or drug addicts. A. R. Rahman attempts to change that color by presenting a musician character that has neither of the habits, yet is able to create soulful music. Cinematography and music are the two elements that keep the otherwise boring drama afloat. With regards to 99 Songs it is safe to say musical genius A. R. Rahman is miles away from turning in to a proper writer.

Actor Ehan Bhat has delivered a decent performance for a debutant. He pulls off the role of an ambitious young man well. Actress Edilsy Vargas struggle to exhibit emotions but is adequate for a weakly written role. Actresses Lisa Ray and Manisha Koirala have an extended cameo appearance. Actress Manisha Koirala shines even in the limited screen time. Actor Tenzin Dalha is effective as a supportive friend. The rest of the cast has put on a middling show.

On the technical front, Cinematographers Tanay Satam & James Cowley have ensured a visual treat for the audience. The blissful natural sites of Shillong are fantastically captured by the duo. There visuals blend beautifully with the soulful music of musician A. R. Rahman. Editors Akshay Mehta and Shreyas Beltangdy have complemented the work of their colleagues by placing their trims at the right places.

On the whole, despite fantastic visuals and music, 99 Songs could not resonate with the audience as the narrative gets over theatrical and becomes flimsy.