Rajini Murugan promises good humor and a good fun time. But, still, it could have been much better.

Varuthapadatha Vaalibar Sangam fame Director Ponram crafted the movie and Keerthi Suresh has done the female lead role. Imman scores tunes. The movie is produced by N. Subash Chandrabose and N. Lingusamy under Thirupathi Bros banner. Technical team comprises of Balasubramaniem for Cinematography and Vivek Harshan for editing. Samuthirakani, Rajkiran, Soori and Robo Shankar are part of the cast. So what can we expect from the team which brought us a laugh riot? The same basic plot without any story. 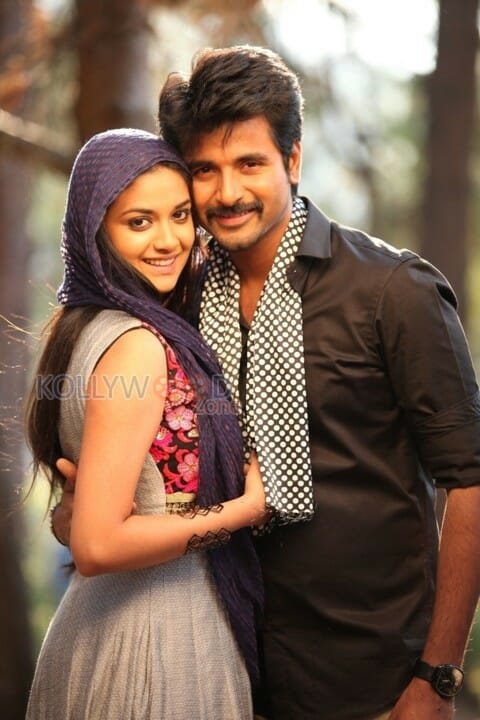 Some movies are made for awards and some movies are made for entertainment. Rajini Murugan falls into second category. The movie is filled with humour. But this time there are some action. Guess this movie was made with an intention to targe B and C centre audience. Siva is absolutely flawless. He carries the movie single handed. Next to him stands Rajkiran and Samuthirakani with some brilliant performances. Soori makes the whole theatre to burst into laughter.

The movie is just a watchable fare for its humour. The ending seems quite problematical but up to that point, it all flows very well. But the running time will test your patience. The running time of the movie is a trouble. The chemistry between Siva and Keerthi is so fine. But Keerthi is more stone faced and rigid.The action is okay if you don’t mind some unrealistic moves. Story will not make any sense. Imman’s Music is another weak aspect. Imman has delivered some pathetic tunes.

There are no bad guys. But the characters have negative shades. Ponram ahs directed and sketched that beautiful. The movie is very goofy at times. We also knew who is going to win at the end. Don’t we ? But, the Director has failed in providing proper validity for many scenes, that the movie was built on.

Oveall, the movie promises good humor and a good fun time. But, still, it could have been much better.