Comedians attempting to wear hero’s hat is not a new thing in Tamil cinema. Almost every comedian has tried their luck playing hero despite the rate of success being evidently low. From N. S. Krishnan to Yogi Babu they have all had their turn of the music chair. The latest to join the club is actor Sathish. In order to enhance his chance of winning he picks an entertainer that appeals to the kids. The actor who was last seen as a comedian in Raajavamsam is back on screens with his latest comedy drama Naai Sekar. Director Kishore Rajkumar has helmed the drama. The flick is about a man who begins to behave like a dog after being bitten by a dog under scientific experimentation. So, how has the entertainer come out? Is it solid enough to give actor Sathish a bankable hero image? To know that let us get in to the movie review. 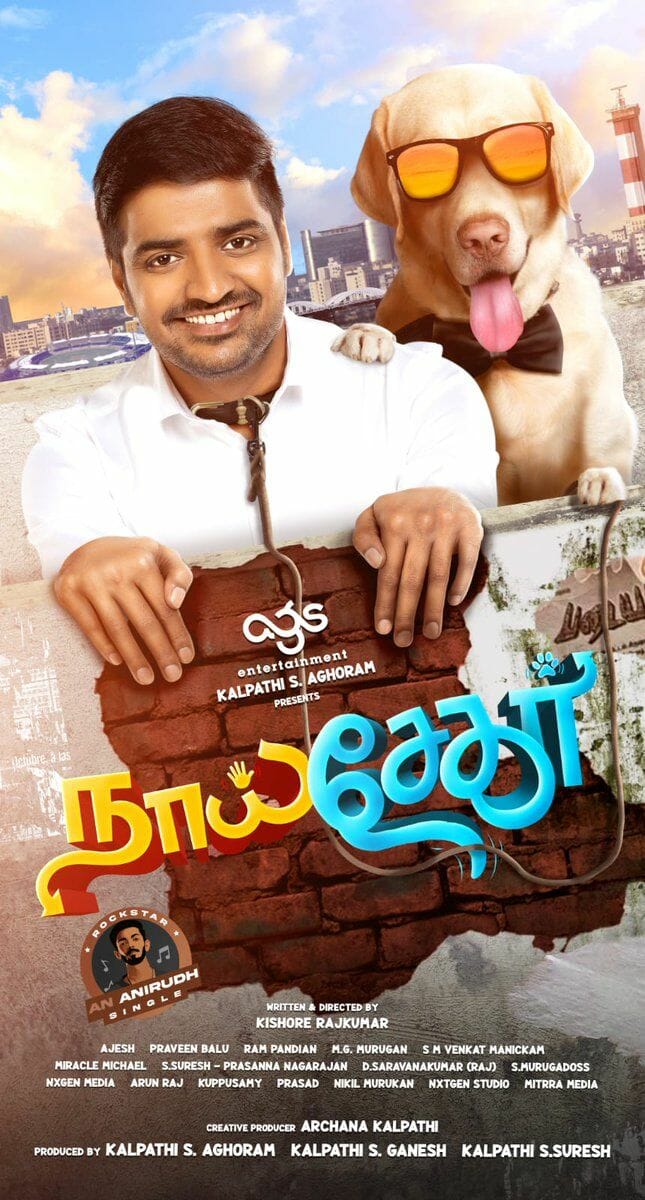 Naai Sekar follows the mundane life of a young man Sekar (Sathish), who works in an IT company in Chennai. Nothing goes right for him at present. He is stagnant in his career, his boss is giving him a hell of a ride, and his colleague Pooja (Pavithra Lakshmi) on whom he has a crush has friend zoned him. Apart from this, he suffers from a peculiar phobia called cynophobia, and absolutely despises dogs. Sekar has a neighbor Rajarajan (George Maryan), a mad scientist who is experimenting to prove that DNA altercation between human and animal is feasible. He has not had any successes to validate his theory yet. But little did he knew that his breakthrough would come in the form of his Labrador dog named Padayappa (voice dubbed by actor Shiva). In the meantime, things begin to move well for Sekar. He is anticipating a promotion and his crush Pooja has accepted his proposal and he is poised to meet with her dad. In unfortunate turn of events, he gets bitten by Padayappa.

To the shock of Sekar, he realizes that he has adapted to the qualities of a dog. Rajarajan observes that the dog has acquired human qualities. Rajarajan presents a theory that the DNAs of them got interchanged. While he is pleased about the accidental success of his experiment. Sekar is not. Sekar asks Rajarajan for a remedy to fix the problem. He tells him it would take at least a couple of weeks for him to prepare an antidote. Until then both Sekar and the dog must remain save and healthy. Meanwhile, there is a gang out there that abducts dogs and Padayappa’s safety is under threat. Can Sekar recover on time to bag his promotion, and save his love by talking to Pooja’s father, is what makes the rest of the flick.

Director Kishore Rajkumar has an interesting idea in Naai Sekar that demands us to keep our logical intellect part at a hand’s distance. When we strike a deal to do so, does it entertain us? The answer is a plain no. of course, it has an interesting premise – a man taking the characteristics of a dog. It offers boundless space to create innovative situations which would have facilitated comedies that would have brought the roof down. But story teller Kishore Rajkumar’s writing is so unimaginative that he merely sets up situation that are pretty ordinary. What is worse is, even with so many talented comedy artists on board, Naai Sekar could not provide a good portion of genuine laughable movements. This is mainly because of badly penned jokes and unnecessary characters consuming time without any real purpose.

To be fair, Naai Sekar has its moments. Whether be it naming the animals in Rajarajan’s lab with popular names of actor Rajinikanth’s characters, certain parts where Sathish exhibit the nature of a dog. The issue here is it does not stretch those moments, and follow it up with mirthless scenes losing our attention almost immediately after it got it. To top it all the one-liners that KPY Bala shoots at us. Sample this, a character asks KPY Bala, “Murugan dollar uh? Aiyappan dollar uh?” To which he says, “Ila American dollaruu.” This is the type of comedy that Naai Sekar keeps throwing at us for nearly two hours of the two hours eleven minutes film.

Actor Sathish has tried his best to shoulder the film. But there is only so much an actor could do. He scores in the sequences where he mimics the habits of a dog. Actress Pavithra Lakshmi makes a confident debut in a typical Tamil cinema heroine role. Comedians George Maryan, Shankar Ganesh, Livingston, Ilavarasu, Sriman, Manobala, Swaminathan, Lollu Sabha Maaran, and KPY Bala try hard to evoke laughter but the content they work on does not support their cause. The rest of the cast has delivered what was asked of them.

On the technical front, Naai Sekar does have interesting songs. Rockstar Anirudh Ravichander lights it up with ‘Edakku Modakku’ and musician Ajesh picks up the torch and carry forward the mood with ‘Lol Lol Arasan’ and ‘90’s kid’. Musician Ms Jones Rupert’s background score is functional. Cinematographer Praveen Balu has covered the flick in the best ways possible. Editor Ram Pandian has done a fine job with his sharp cuts.

On the whole, actor Sathish’s Naai Sekar had the potential to be a solid entertainer but ends up as a squandered opportunity chiefly because of how it is written.