Leave all your seriousness at home when you are planning to go and watch Kathanayagan. The film even doesn’t pretend to take itself seriously and that acts in its favor as the small jokes are high lightened to give its audience a light-hearted movie. The sequences are well planned that are bound to bring a wry smile on the audience’s face. 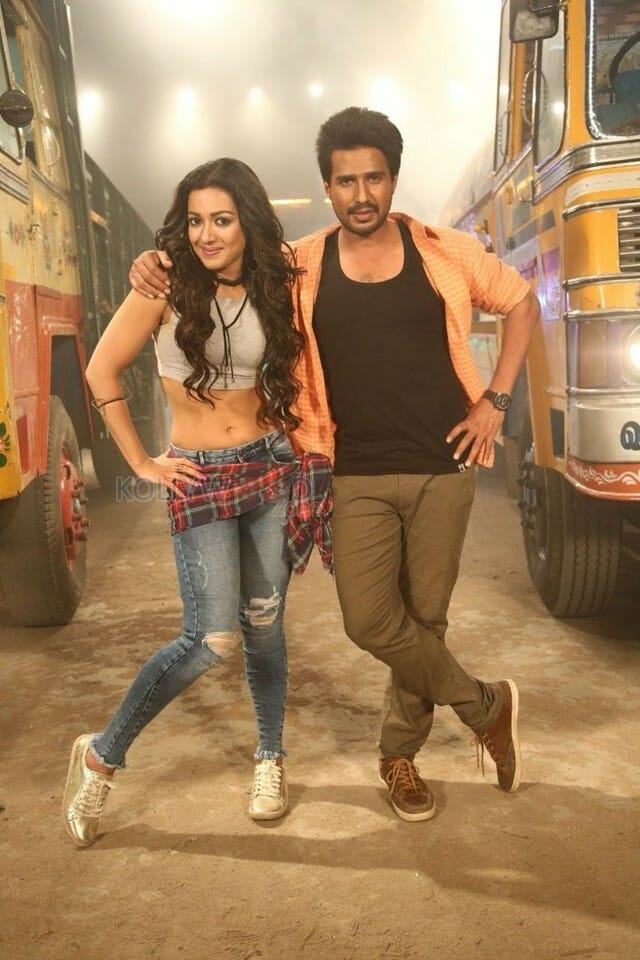 Thambidurai played by Vishnu Vishal, is a revenue inspector, who is afraid of a number of things. He is afraid, of dogs, crossing the road, or taking on goondas. However, as his fate would have it, he always lands himself in trouble. Then the obvious happens, and the boy meets the girl. The girl here is Kanmani played by Catherine Tresa. Their introduction was scripted well and it served as a very fine comic scene for the audience. But, naturally, the girl’s father, played by K Natraj, doesn’t approve of Vishnu as he is a coward. Meanwhile, a mistake in medical diagnosis, have shown that Thambidurai is suffering from a rare disease and hence, he decides to donate his kidney before dying.  Now how is he going to turn his personality around to become a hero, and find out about the wrong diagnosis, is what the main storyline of the film is.

The film is packed with a bunch of comic scenes. However, having said that, the in-between scenes are like a vortex of dead air. There is nothing to express or emote about those scenes. It’s just so blank. Once a comic scene ends, you gasp for the other one to appear as soon as possible. This works for the comic scenes as we laugh a little bit more on the comic scenes than we are supposed to, because the rest of it is so boring. Even some of the gags are offensive, which makes you wonder about your ownself, when you realize what you are laughing at.

The first half of the film is quite common. There is nothing new to see and the director doesn’t even tries to make an effort. The second half improves, both with the pace and the comedy. It is what hooks the audience to the screen, the assurance that there is a comic scene around the corner. There are some quirky characters that give a boost to the film like, Anandraj (as a wealthy Sheikh) and Mottai Rajendran (he plays a singer and gets to sing some of the chartbusters, which is one of the gags that works). A cameo from Vijay Sethupathi, got some cheers from the audience, but it failed to provide any fun. However, as a saving grace, the film gets a lot funnier towards the end, allowing the audiences to leave the theatre not that disheartened.

The performances were quite okay, considering there were nothing much to do. The comic timings were well placed, however what falters are the writing and Tha Muruganandham’s direction. Tying up each scene with a consistency is something that the film lacks. You can go for Kathanayagan if you are planning to enjoy a light-hearted comedy this weekend.