Bhaagamathie is an Indian horror thriller film in which Anushka Shetty plays the lead role. Anushka plays the role of an IAS, named Chanchala. Other actors who have worked in the film are UnniMukundan as Shakthi, Jayaram as Eswar Prasad, Asha Sarath as Vaishnavi Natarajan. Other supporting actors who have performed in the film are Prabhas Sreenu, Dhanraj, Murali Sharma, Vidyullekha Raman who plays the role of a police officer and Devadarshini as Kanchana. Bhaagamathie was released on 26th January 2018. Its running time is 142 minutes and the film was released in both Tamil and Telugu language. The production company under which the film was produced is UV creations and is written and directed by G. Ashok. Music composer of the film is S.Thaman. 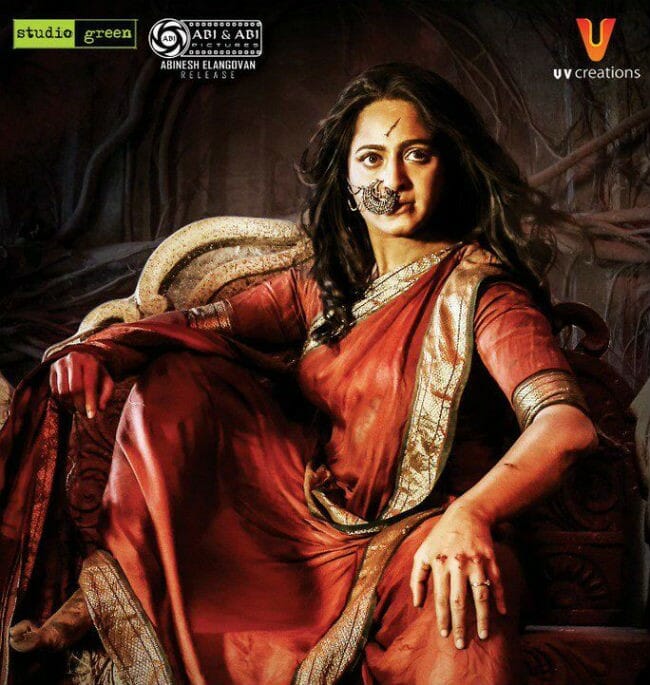 Ashok had written the film keeping Anushka Shetty in mind and she has proved herself extremely efficient and brilliant in the film. Anushka Shetty had been approached for the film in the year 2012 but she was not able to commit to the film since she had too many pending projects in hand. The film went on to the floors in the year 2016 and finally released in 2018.

The main story of the film revolves around a woman, Chanchala, who had been imprisoned in suspect of murdering her own husband in a haunted house. While she is kept in captivity, she is interrogated by law enforcers to dig out the truth of a politician whom she had dealt with once. The house Chanchala is kept in is given the name Bhaagamathie bungalow. While Chanchala is left alone in the bungalow, she is over-powered by the spirits and she transforms into an unrecognizable person. This unusual transformation which effects Chanchala and the people dealing with her is the main climax of the story.

A horror film is difficult to be made since the director has to take care that whether the film scaring and entertaining the audience or it is boring them. The director swiftly flirts with a very thin line between being scary and loud. The director infuses special effects in the film such as a spooky background which makes the watch even eerier in a typically isolated bungalow. Bhaagamathie is more than a horror film which works in the favor of the director.

The film keeps the audience alert throughout the film and there is no such dull moment in the film. the viewers are constantly kept hooked with several twists and turns. While in the midst of the film, viewers find it quite predictable but the prediction turns out to be false and the film is quite unpredictable. Just when the viewers think that the film is moving in one direction, there is a sudden an unexpected twist.

Anushka Shetty cracks it through while playing the scared prisoner as well as the honest IAS officer and as expected, she does not disappoint the viewers at all. Though Prabhu Sreenu’s attempts to please the audience fail, he tries to entertain the audience with his comedy scenes but fails. The movie progresses at a brisk pace but there are lots of suspense and surprise in the film.