Vikram Prabhu charms audiences by playing a no-nonsense, angry young encounter specialist Birla Bose in ‘Thuppakki Munai’. The film is directed by Dinesh Selvaraj who has conveyed an apt social message on sexual exploitation against woman and child abuse.

Birla Bose (Vikram Prabhu) is an encounter specialist from Mumbai who has executed more than 30 criminals in his police career. Due to his job, his mother and girlfriend Mythili (Hansika Motwani) leave him and he also gets suspended. But, the department seeks his help to encounter a Bihari Maoist Azad (Mirchi Sha) who allegedly raped a 15-year-old girl Manjal. So he travels to Rameshwaram. 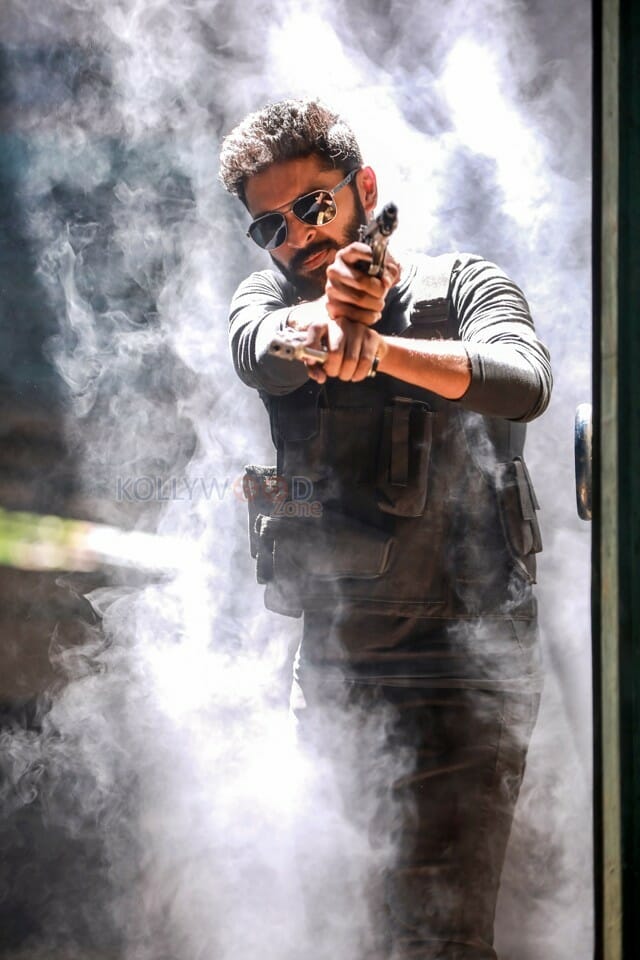 During his investigation, Bose finds that the accused is innocent and the real culprits are hidden by a powerful politician (Vela Ramamoorthy). How Birla, who strongly believes that each bullet in his gun bears the name of criminals who deserve death, saves the life of the innocent forms the heart of the film.

The story and situations are clichéd and gives us a feel of déjà vu, but it is the impressive packaging and presentation that makes this film an interesting watch. Other than the forced love scenes in the starting and the moralistic dialogues of MS Baskar in the climax, the director has been able to give an edge-of-the-seat action thriller.

The biggest plus in the movie is that there are no duets to distract you and the screenplay is also good. The location and the great production value allures everyone. Vikram Prabhu shines in his character with his intense eyes and salt ‘n’ pepper look. Hansika doesn’t have much screen time, but it was convincing and lovely. Vela Ramamoorthy, MS Baskar, and Mircha Sha played their characters well.