Every film maker has a sense of purpose as to what they want their dramas to achieve. It can either be to just entertain people without giving much thought to logic, to deliver a message drama, or to have their flick offer a unique experience to the audience. Some story tellers even make a movie without any real purpose. It is all just casual. But then there are film makers who make films just so they can sell the bigoted opinion of theirs as the right path way to life. Chinnanjiru Kiliye is made by one such film maker. Director Sabarinathan Muthupandian picks up medial methodology to make up the plot of his drama that also has a father-daughter bond angle to it. So, what is the dogma that Chinnanjiru Kiliye tries to sell us? To know that let us get in to the movie review. 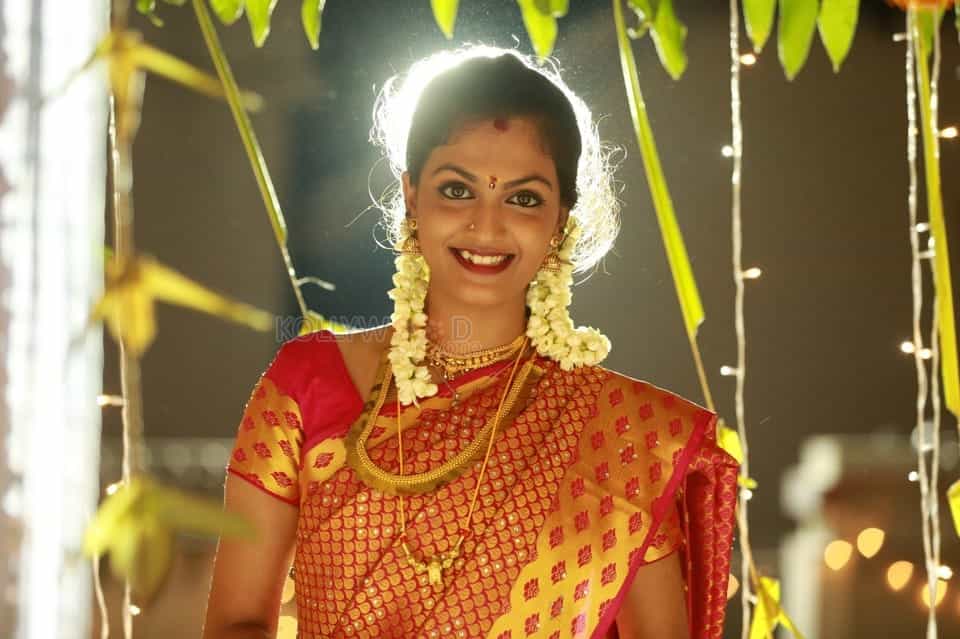 The entertainer follows the lives of Manickam (Senthil Nathan) and his family. Manickam leads a happy life with his wife (Sandra Nair) and daughter Chittukuruvi (Baby Pathivaththini) in a village. He is a naturopathy practitioner and takes it up on himself to build trust among people for the traditional medical methodologies. Not only he loves his way of treatment but has a hatred towards allopathic. There is a reason to his hatred. His wife had a medical complication during her pregnancy and was admitted to a hospital in town. The doctors were able to save the child but his wife passes away. The pain due to loss of his wife strengthens his abhorrence for the style of English treatment. His detest towards it is so deep to the extent he gets enraged when his daughter is taken to a medical camp for first aid, after she suffers a cut.

Despite the loss of his wife, Senthil Nathan tries to be a good father to his daughter. He pays attention to her needs and shower her with love. Life seems to be moving smooth for the father-daughter duo. But how do you move a flick if there are no issues. So, we get one. Chittukuruvi is kidnapped. Senthil Nathan would not rest until he gets his daughter back. After a little investigation, he learns that a mafia gang in behind the abduction of his daughter. He goes after them. Though he could not bring the mastermind behind the abduction to justice, he manages to get his daughter back. But she has suffered severe injuries. Her suffering drivers Senthil Nathan to not quit until he puts an end to the unethical activities of the mafia and place them on the weighing scale of justice. Why was Chittukuruvi kidnaped, what are the illegal activities the mafia is involved in, will Senthil Nathan put them behind bars and see to that justice is served, is what makes the rest of the flick.

Tamil cinema has been struck in a nearly irrevocable relationship with having to pack some sort of message in the movies. As if that is not enough, now we have films that try to sell individual opinions as the right way to lead life. When will film makers of Tamil cinema begin to make films for the purpose of art? Is that day anywhere in near future? Chinnanjiru Kiliye attempts to direct us on a path that could be dangerous for the future that we are headed to. Director Sabarinathan Muthupandian’s desire to convey the benefits of naturopathy is not at fault here. But his desperation to say it is the right form of medical treatment, that is. Even when you make your film to deliver a message on minimal issues, you need to be careful about what you pen. But when you take up an imperative issue that could impact an entire population to talk about in your flick, you need to be extra careful and deliver whatever it is you want to with real data in hand. Unfortunately, story teller Sabarinathan Muthupandian does not seem to have any.

He just goes on and on with whatever he thinks is the truth. In fact, he comfortably develops an entire story around this opinion he wishes to transport. Muting out the message, even as a story Chinnanjiru Kiliye does not have anything new to offer us. The story is more or less in the likes of Kaaki Sattai, Yennai Arindhaal, and Kuttram 23. The only difference, the rest of the flicks had something of substance, while Chinnanjiru Kiliye does not.

Actor Senthil Nathan is not effective as a man who has just lost his wife and even as a doting father. He could not make us sympathize for Manickam. Actress Sandra Nair plays sort of an extended cameo role. She could not make an impact with her role. Child artist Baby Pathivaththini outperforms her costars without efforts. Veteran actress Kulappulli Leela makes her presence felt even in a limited screen time. The rest of the cast has delivered a middling performance.

On the technical front, music director Mastan Khader’s songs do not leave an impact in us. His background scores are equally inept. Cinematographer Pandiyan Kuppan’s frames are ham-fisted. The visual medium seems like the work of a person who has just began YouTubing. Editor K. D. Kumaresh’s scissors are not sharp enough to hide the shortcomings of his colleague.

On the whole, Chinnanjiru Kiliye falls in to the category of films which are best missed than watched.