Kuttram 23 is an action thriller movie which was written and directed by Arivazhagan. The movie features Arun Vijay, Mahima Nambiyar in leading roles. Actors like Vamsi Krishna, Thambi Ramaiah, Amit Bhargav and many have acted in supporting roles. On behalf of Redhan – The Cinema People, the movie was produced by Inder Kumar. Vishal Chandrasekhar had composed the music for the medical thriller movie. 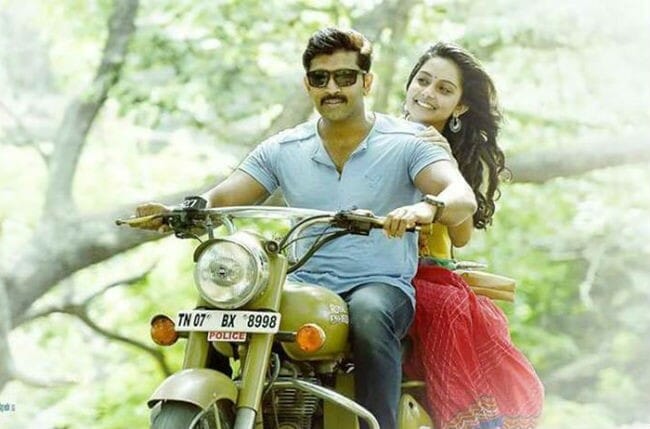 K.M. Bhaskaran had looked after the cinematography work and the editing part was played by Bhuvan Srinivasan. The movie is scheduled for a worldwide release on March 3rd. Arun Vijay had acted as an Assistant Commissioner of Police named as Vettrimaaran in the movie and he had acted with power packed performances in the movie. His chemistry with Mahima had worked very well in Kuttram 23.

The movie is an investigation thriller, where Vettrimaaran investigates the death of a Church Father and a wife of a popular TV Channel’s CEO. The movie has more twists and turns, where there is two villains Aravind Akash and Vamsi Krishna.

Kuttram 23 movie was an action packed with thrilling moments. Arun Vijay and the director Arivazhagan’s combination have worked very well in the movie. Arun Vijay’s acting style is the highlight of the movie. He had acted excellently in the movie. The movie is promoted in all popular TV channels and the making was good.

The movie can be given three stars out of five for its wonderful making and Arun Vijay’s acting style. Thambi Ramaiah’s comedy is made very well and the editing part and the cinematography were made superbly. In short the technical aspect of the movie is superb. Watch the action thriller movie this weekend. The making was made excellently by Arivazhagan.